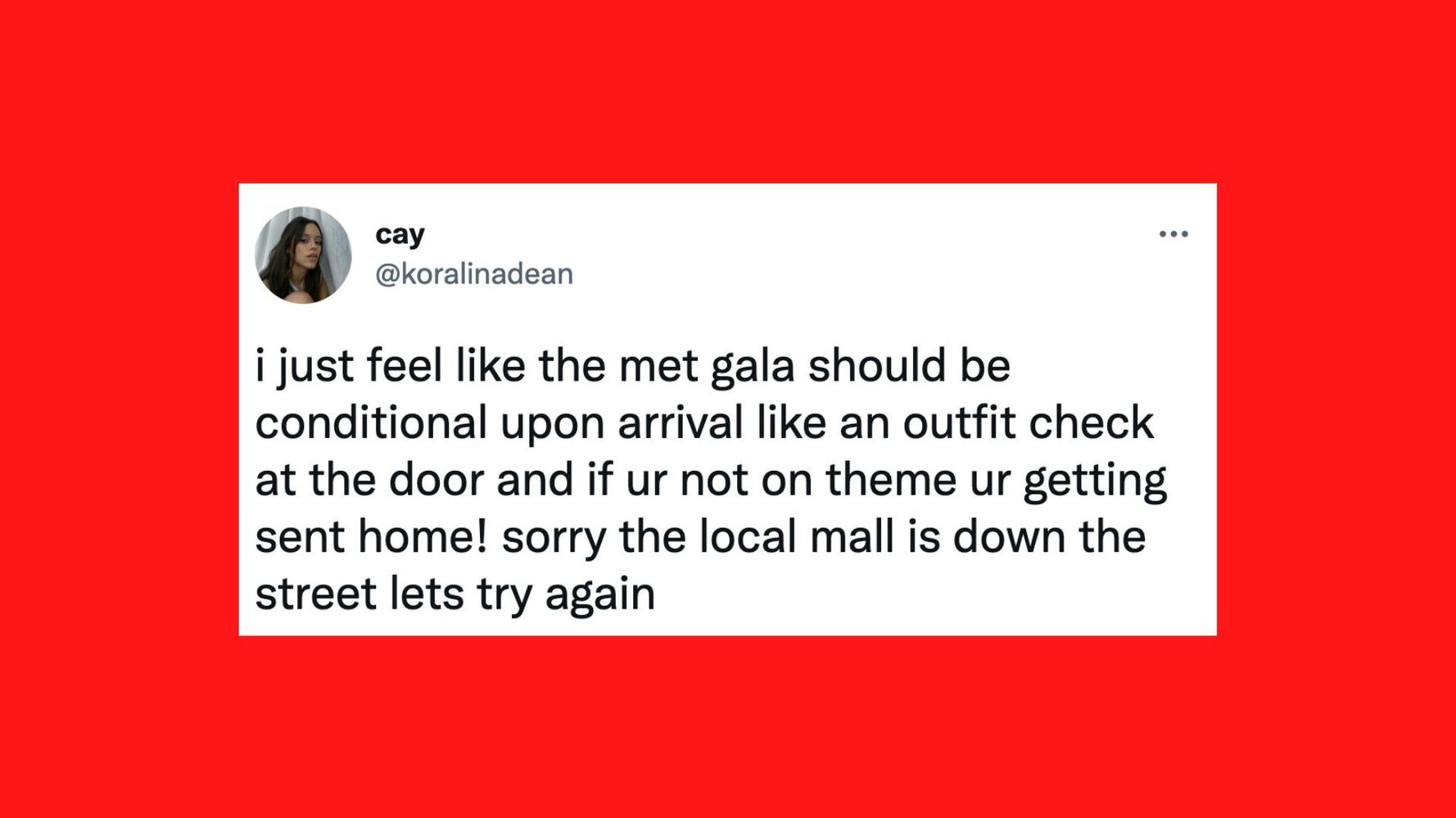 The Met Gala may be a big night for fashion but on Twitter it’s an even bigger night for ruthlessness.

The theme for the 2022 fete was “In America: An Anthology of Fashion.” But because that theme is confusingly vague and the dress code on the invitations was described as white-tie with an emphasis on “Gilded Glamour,” most people assumed that the Gilded Age was the theme most would embrace.

Some celebrities seemed to understand the assignment (hello, Blake Lively), while others failed miserably (sorry, Kourtney Kardashian), which is typical of galas of the past.

But what made the 2022 event different was that it was backdropped by the news that a leaked Supreme Court opinion revealed justices are preparing to overturn Roe v. Wade.

So, considering this context and the event’s theme — which was a nod to a tumultuous era in American history known for its drama, grandeur and social inequality — the plebs of Twitter seemed to revel in unleashing their inner Miranda Priestly while watching an event attended by the elite.

Below are the best tweets of the night — some are complimentary, others are poignant, but most are cathartically funny.