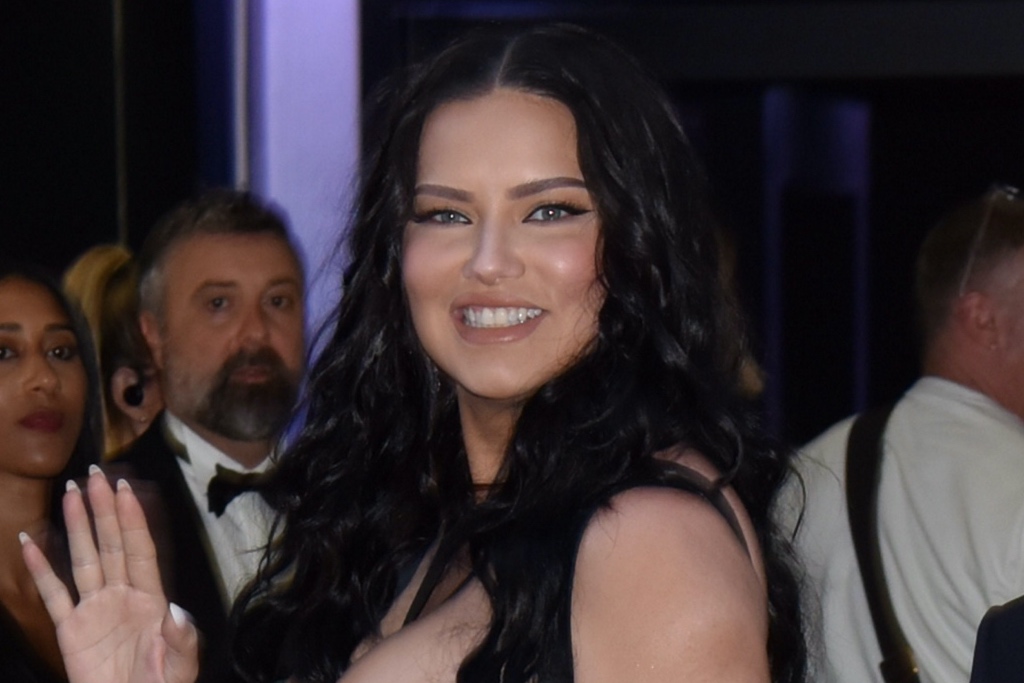 Adriana Lima gave her sleek maternity style a glamorous boost — in fact, all the way to the Cannes Film Festival.

Stepping out for the event’s party with high jewelry brand Chopard on Saturday night, Lima arrived with boyfriend Andre Lemmers. For the occasion, the pregnant Victoria’s Secret Angel waved to fans and paparazzi in a flowing Roberto Cavalli gown. Hailing from the brand’s Fall 2022 collection, the Fausto Puglisi-designed ensemble featured a flowing green and black skirt, which included a sheer texture and allover leopard print — a longtime Cavalli signature.

Completing the piece were leather strips attached to a matching bra top, which featured side and neck straps attached with metal rings. The bodice created a sultry appearance with bondage and medieval references, while remaining modern by creating triangular and geometric cutouts. The piece gave Lima’s maternity evening style a daring boost — though it still remained utterly glamorous with sparkling diamond waterfall earrings by Chopard.

The Maybelline muse completed her outfit with a set of Larroudé heels. Though they weren’t visible beneath her gown’s dramatic skirt, Lima likely boosted her outfit with a pair of sharp pumps, strappy or platform sandals with block or stiletto heels for an elevated height boost. Whatever the style may be, it certainly allowed her gown — and baby bump — to take center stage.

Lima is the latest star to give maternity dressing a new look, increasing glamour, drama and personal style for greater self-expression and celebration. In recent weeks, Rihanna (prior to the birth of her son) and Nicky Hilton have also been seen in ensembles featuring cutouts, sparkle and high heels, proving there’s numerous ways to define “maternity style” — and opening the door for other expectant parents to do the same. In fact, she recently wore a sequined black cutout gown at “The Offer” premiere in Los Angeles as well.

Click through the gallery to see the 2022 Cannes Film Festival arrivals.