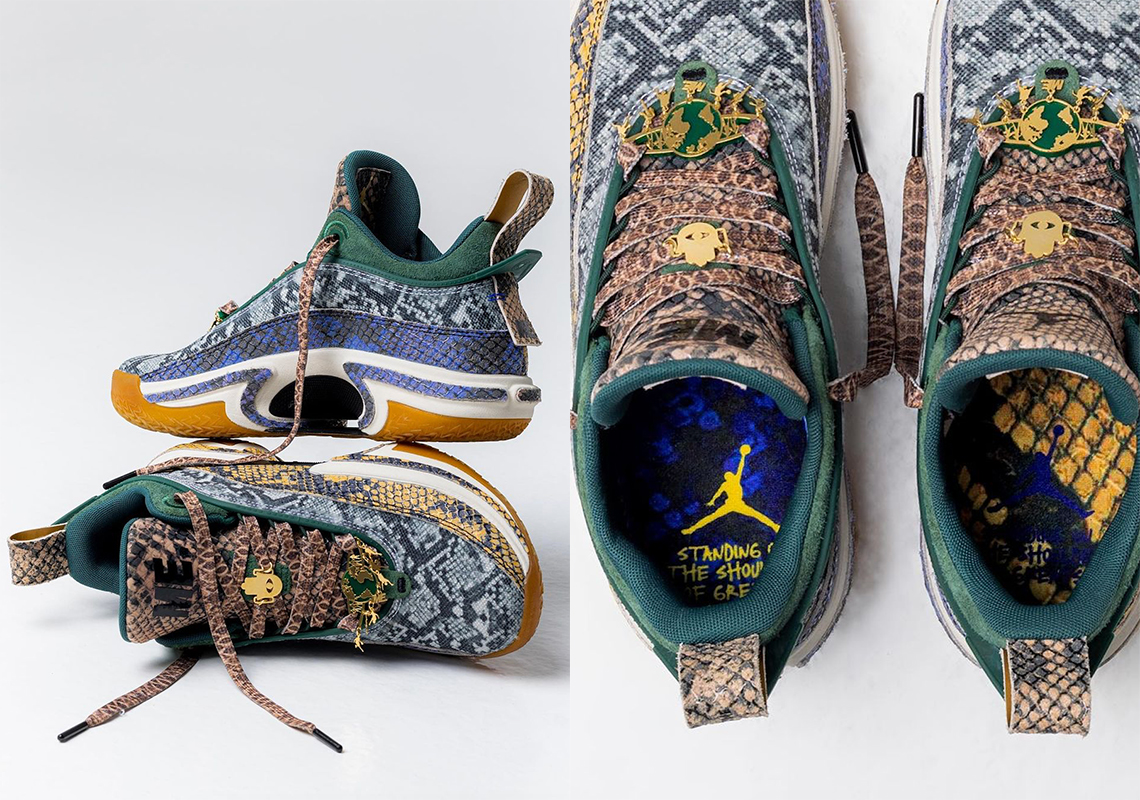 Michael Jordan knew exactly what he was getting when his Jordan Brand officially introduced Jayson Tatum as its newest athlete in the summer of 2019. Just a few short years later, the Boston Celtics forward has found himself in the NBA Finals, leading a talented and defensive-minded squad to its first appearance in the June classic since 2009.

Throughout the entire 2021-2022 season and Playoffs, the St. Louis native has been steadily rotating some of the best Air Jordan 36 Player Exclusives, none as eye-catching as the snakeskin-covered Lows that he laced up for Game 2 of the NBA Finals. As it turns out, this blend of luxury and lucky Boston green was designed by none other than Melody Ehsani, a regular Jordan collaboration and current creative director of Foot Locker.

According to Ehsani, the “Interior of the shoe reads ‘we stand on the shoulders of greats’. Paying homage to our ancestors who have paved the way. The hamsa or hand of God on the sole is a symbol for protection from anything that doesn’t serve your purpose.”

There’s a lot more behind the design, as Melody states, but let’s just bask in the beauty of one of the best athlete-only issues we’ve seen this entire season.

In other upcoming Jordan news, check out the first looks at the Air Jordan 37 as well as the recently previewed 2023 Jordan releases. 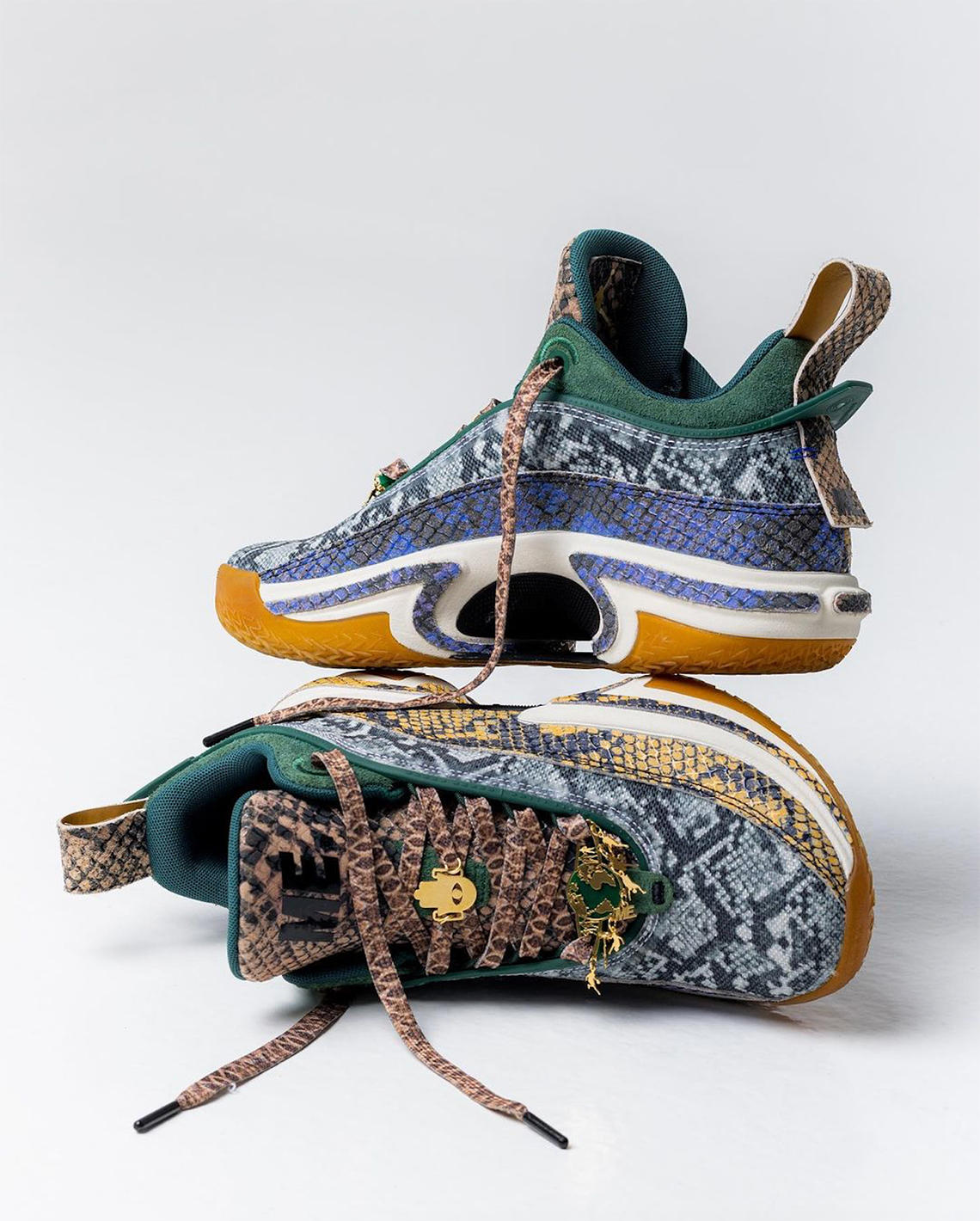 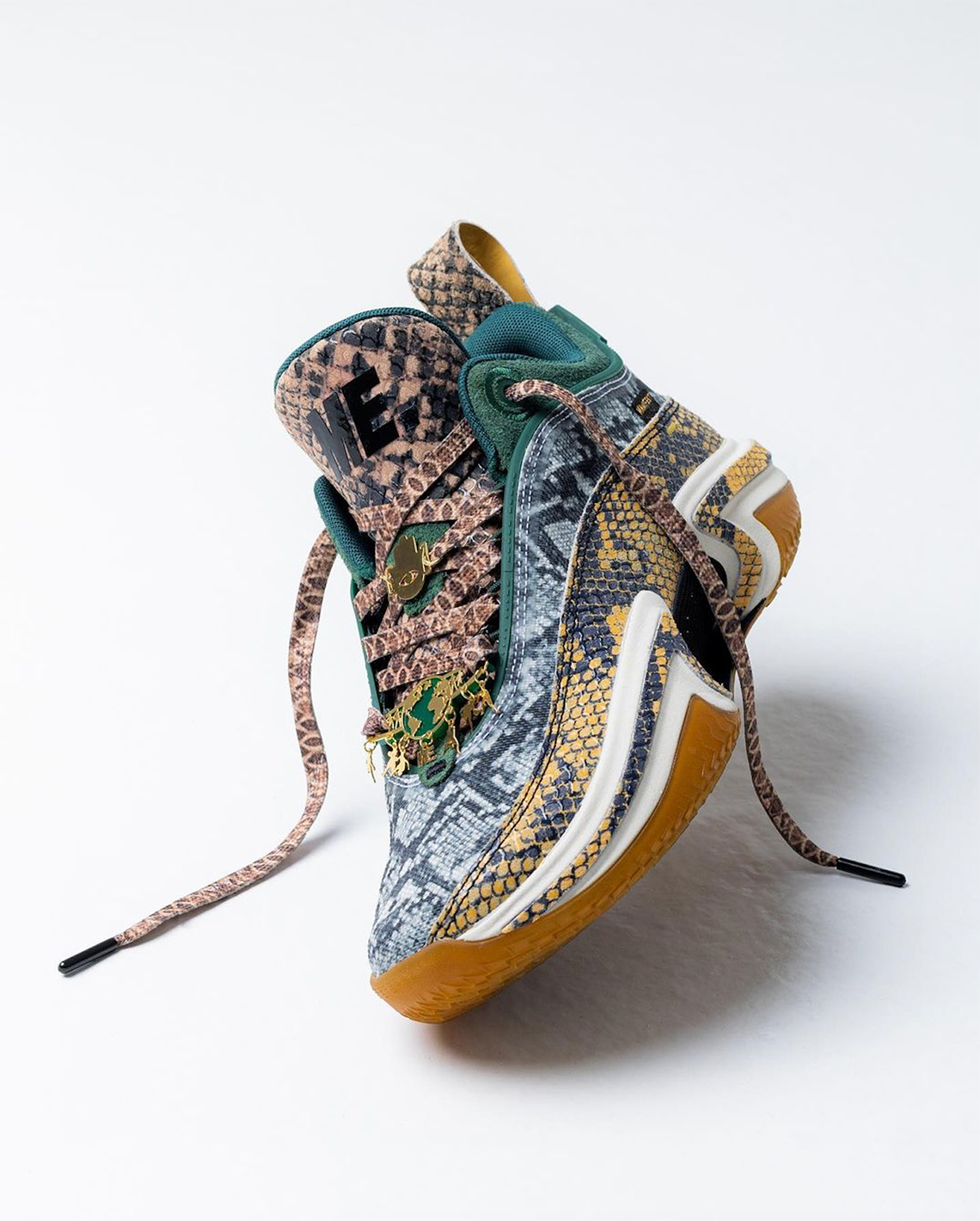 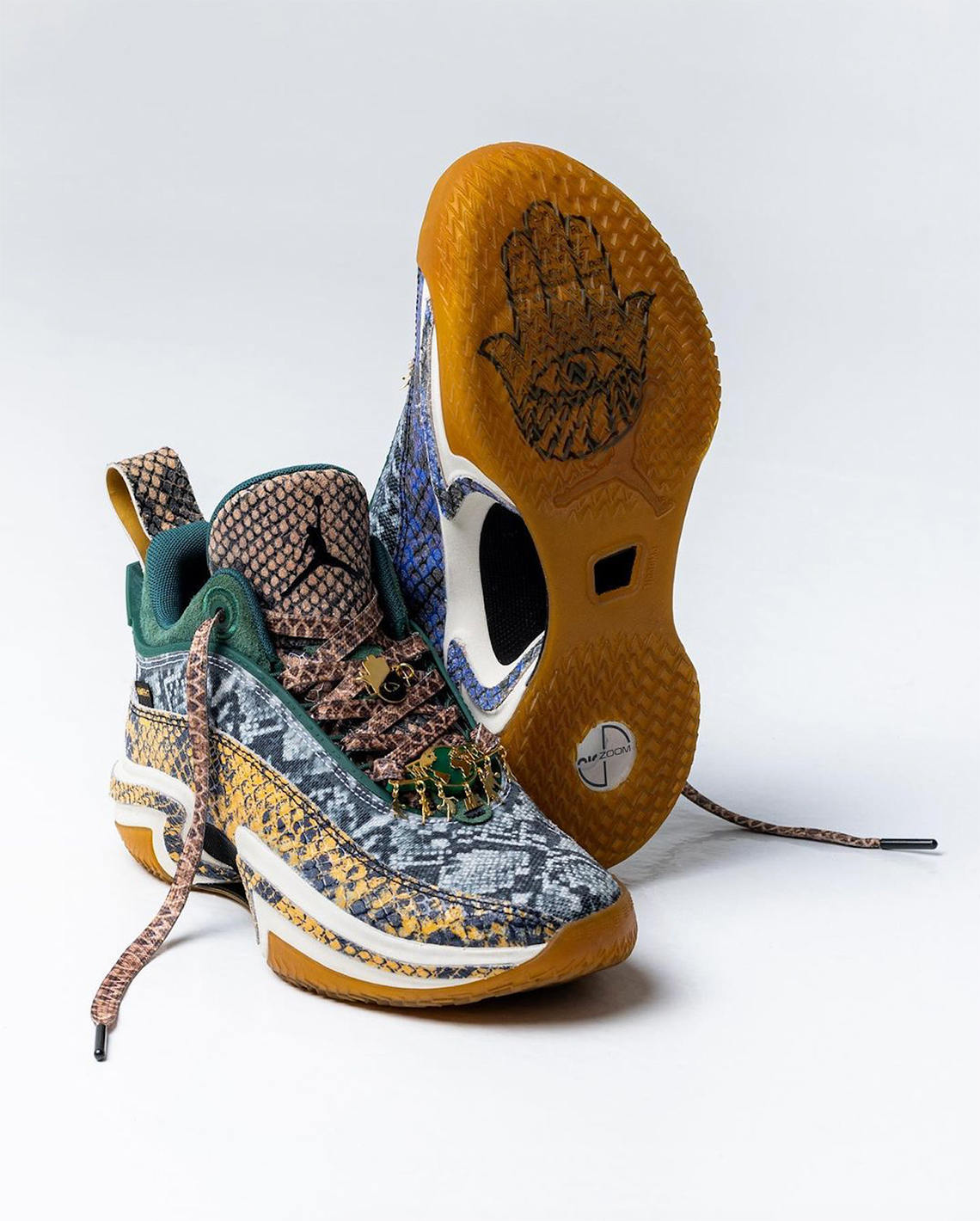 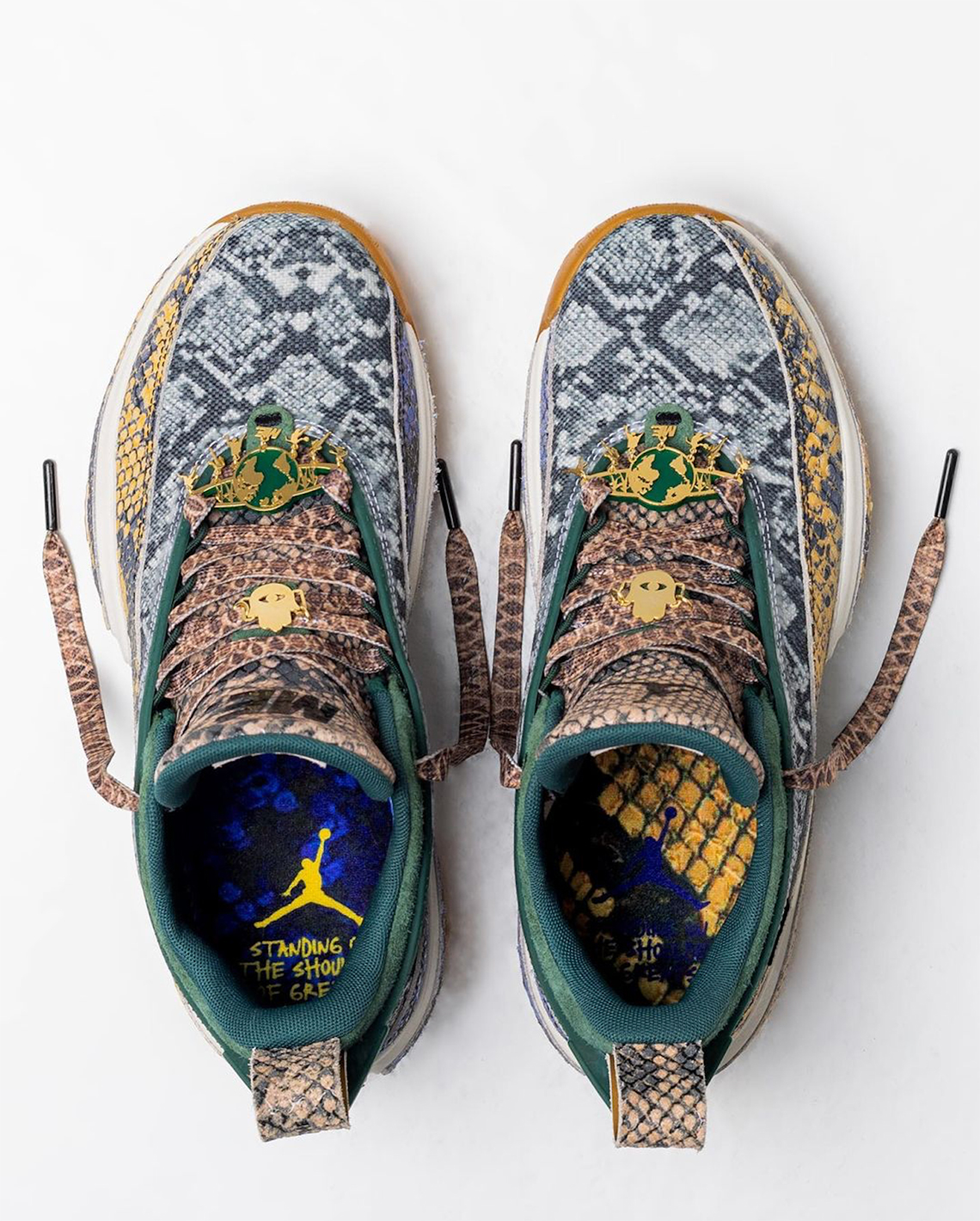