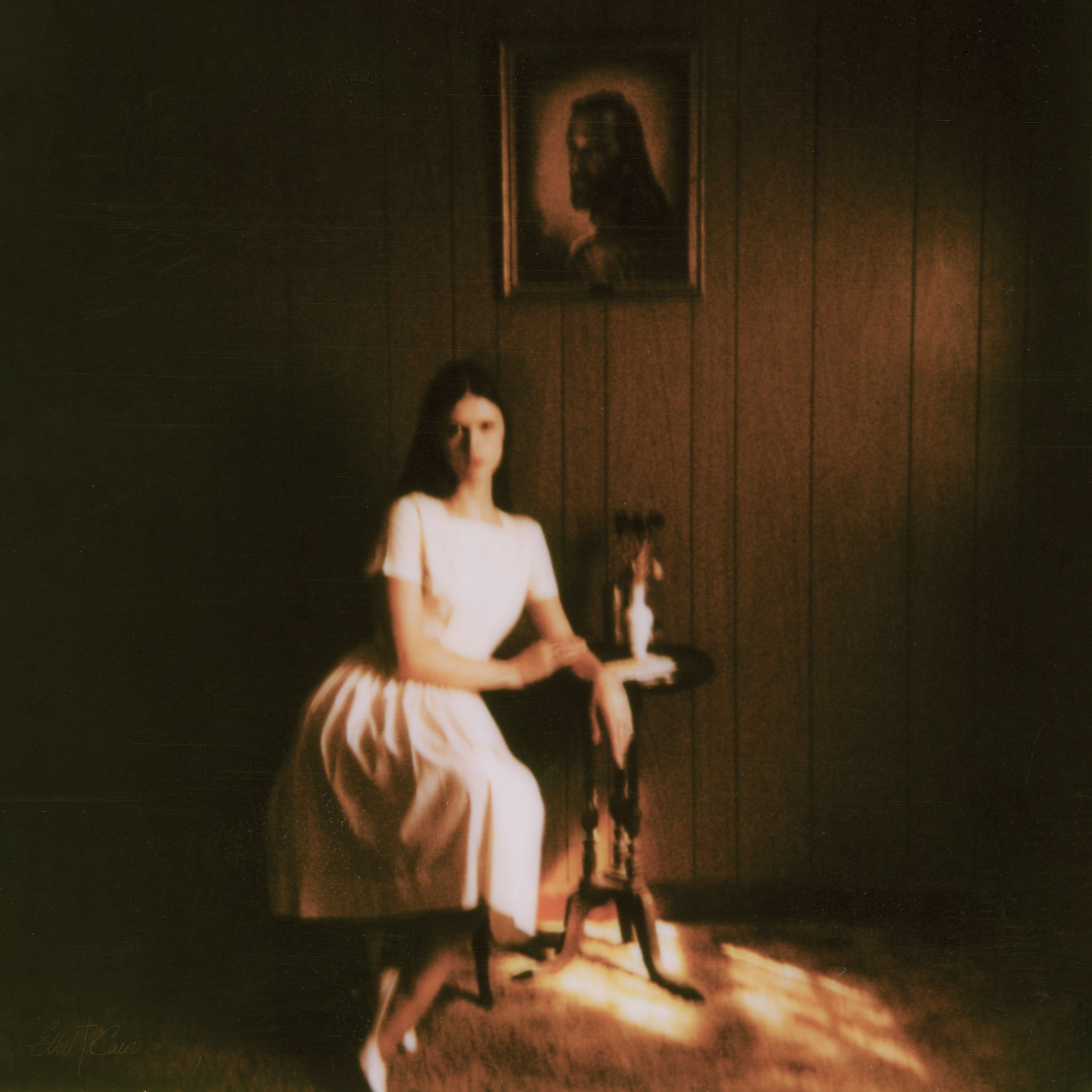 Ethel Cain may be haunted by the past, but her eyes are set on the future. She realizes there’s no escape: “The fate’s already fucked me sideways,” she confesses on the introductory track to her masterful debut album, which encapsulates many of the themes she later homes in on: religious trauma, repression, the shadows of a fraught American family. She’s learned enough from history to know that we’re bound to repeat it, yet feverishly clings to broken dreams and doomed relationships in search of some inkling of hope. The album’s lead single is named after Evelyn Nesbit, the artists’ model who was idealized as a ‘Gibson Girl’ over a century ago and for Cain serves both as a reminder of feminine grace and the impossibility of reaching any ideal of perfection. In the gothic, desolate landscape that spreads across Preacher’s Daughter, you wonder how there could be any space for the sort of defiance that fuels the synth-rock anthem ‘American Teenager’, but Cain’s determination ultimately strikes through her discomfort with the titular archetype: “I’m doing what I want and damn, I’m doing it well/ For me,” she sings.

Such flickers of resilience push us through the vast stretches of longing and loneliness that mark Preacher’s Daughter, but it’s the struggle that stands at the center of the story. As the creative outlet of Hayden Anhedönia, Ethel Cain represents a different sort of conflict: the artist herself is disenchanted by the idea of a celebrity, but wants Cain’s impact to be as wide-reaching as possible, even if it involves fame. She’s a self-aware persona drawn from a Southern Baptist upbringing and the cultural influences that offered a peek into the real world – however distorted – from horror stories and true crime TV to the online fandoms she immersed herself into as a teenager. While she seems to have more creative control over the project than many rising stars – the LP was largely written, recorded, and produced alone in her bedroom – she also speaks of Ethel Cain as the result of some kind of possession. Yet these dual realities remain mostly in the background of Preacher’s Daughter, which unfolds as a gripping and fully-realized collection all its own.

The sound and aesthetic of Cain’s earlier releases – including 2021’s excellent Inbred EP – drew comparisons to the likes of Lana Del Rey and Florence + the Machine, and if platforms like Tumblr meant anything to you growing up, you can probably tell why. But Preacher’s Daughter begins to carve out Cain’s legacy in ways that her prior work couldn’t, and it reveals a much wider scope. The music on the album – brooding, visceral, brutal and dramatic – seems to respond to the demands of the narrative more than any nostalgic signifiers. For the most part, it’s more in line with the work of metal-adjacent singer-songwriters like Midwife and Chelsea Wolfe, straddling the border between their takes on “heaven metal” and distortion-heavy doom folk respectively – a song like the disturbing ‘Ptolemaea’ hews much closer to Abyss than anything off Ultraviolence. It may have taken a few years for Wolfe’s music to be viewed as more than a moodier version of Del Rey’s Americana, but Cain’s vision here is so immediately bold and powerful that you couldn’t mistake it for anybody else’s.

What separates Cain from her contemporaries is that her music does display the grand ambition and fearless theatricality of a modern pop star – it’s just that it has little bearing on how those qualities manifest themselves. It might have been Bruce Springsteen that called Lana Del Rey one of America’s best songwriters, but how often do you hear young artists inspired by the kind of romanticism they’re both associated with fill their first album with as many guitar solos and power ballads as Preacher’s Daughter? (Heartland rock might not be a term you’d expect to read at this point in the review, but wait till I get to ‘Thoroughfare’.) As much as she embraces her time spent listening to Guns N’ Roses and Def Leppard Greatest Hits CDs, it’s clear that she uses those features to convey the emotional dynamics that belie the songs. With many of the tracks stretching over the 8-minute mark, the first beat of the drum can feel as big as a revelation, and when a guitar solo arrives, it offers catharsis as much as it merely extends the tension that’s been boiling under the surface.

But on ‘Thoroughfare’, the album’s most epic track, Cain strips things down to acoustic guitar and harmonica, evoking the music of her youth, when the only non-Christian music she was exposed to were the country acts her dad would play in the truck. After outling her tumultuous relationship with father figures throughout the album, it makes sense that she subverts those tropes at this crucial point in the story: leaving home to chase a dream that turns out to be unattainable, the characters stumble upon a deeper kind of connection, and the promise of freedom suddenly seems more tangible than ever: “In your pickup truck with all of your dumb luck is the only place I think I’d ever wanna be.” Things then slowly take a turn, moving through songs that twist and bleed with images of violence, sexuality, and death, before disintegraing into something harder to pin down with two dark, ambient-leaning instrumentals. But Cain reemerges with a track whose lush, glowing production might have you looking for a Jack Antonoff credit even if it wasn’t called ‘Sun Bleached Flies’, though it’s obvious she doesn’t need a megaproducer to make it shine.

As thematically complex as Preacher’s Daughter is, the time spent sprawling out the songs has the effect of exposing the basic emotions that run through its core – the isolating emptiness of ‘A House in Nebraska’, the troubled romance of ‘Western Nights’, the pure exhaustion of ‘Hard Times’. Yet in the overall progression of the album, the protagonist’s growth becomes evident in subtle ways. Take ‘Western Nights’, where Cain proclaims, “Show me how much I mean to you while I’m lying in these sheets undressed” – given how the singer’s obsession casts a shadow over the other person’s true intentions, you could hear the line as Show me how much I’m into you; that’s where the real rush is. On the final track, ‘Strangers’, her language remains just as startling as she yearns for a different kind of validation: “Just tell me I’m yours/ If I’m turning in your stomach and I’m making you feel sick.” But if there’s any lesson to be gained from the journey, it’s that you can only take care of yourself – there’s no salvation, only prayer. “I can’t let go when something’s broken/ It’s all I know and it’s all I want now,” she declares.

When I spoke to Hayden Anhedönia last year around the release of Inbred, she was passionate about the EP but was already eager to discuss her next project, saying that “the vision that I have of Ethel Cain cannot be fully realized until that record is out.” Having accomplished that goal, you might expect a 75-minute album like Preacher’s Daughter to be both the beginning and perhaps the end for this iteration of the project, or at least a chance to step back and consider what the future might look like. But in a new New York Times profile, Anhedönia teased two more albums as well as books and films spanning three generations of women; after all, the story of Preacher’s Daughter is a cyclical one. Cain might have already created her own world, but one can only imagine her universe expanding as she digs into her personal history and uses everything at her disposal to travel far beyond it. “I am no good nor evil, simply I am,” she sings among deafening guitars on ‘Ptolemaea’, “And I have come to take what is mine.”