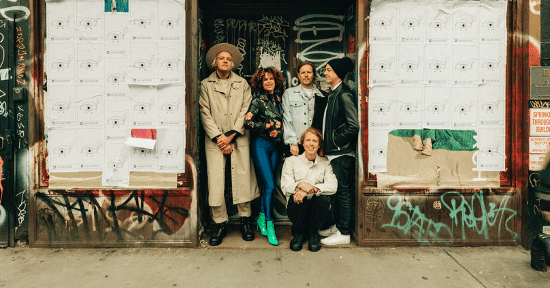 Arcade Fire have shared a music video for their WE single ‘Unconditional I (Lookout Kid)’. Directed by Benh Zeitlin and edited by Affonso Gonçalves, the visual juxtaposes youthful imagery with clips of the band performing the track at Coachella and in New Orleans. Watch it below.

Over the weekend, Arcade Fire returned as musical guests on Saturday Night Live, playing ‘Unconditional I (Lookout Kid)’ as well as the lead single off WE, ‘The Lightning, I, II’. Following the album’s release on Friday, the group announced an extensive world tour.