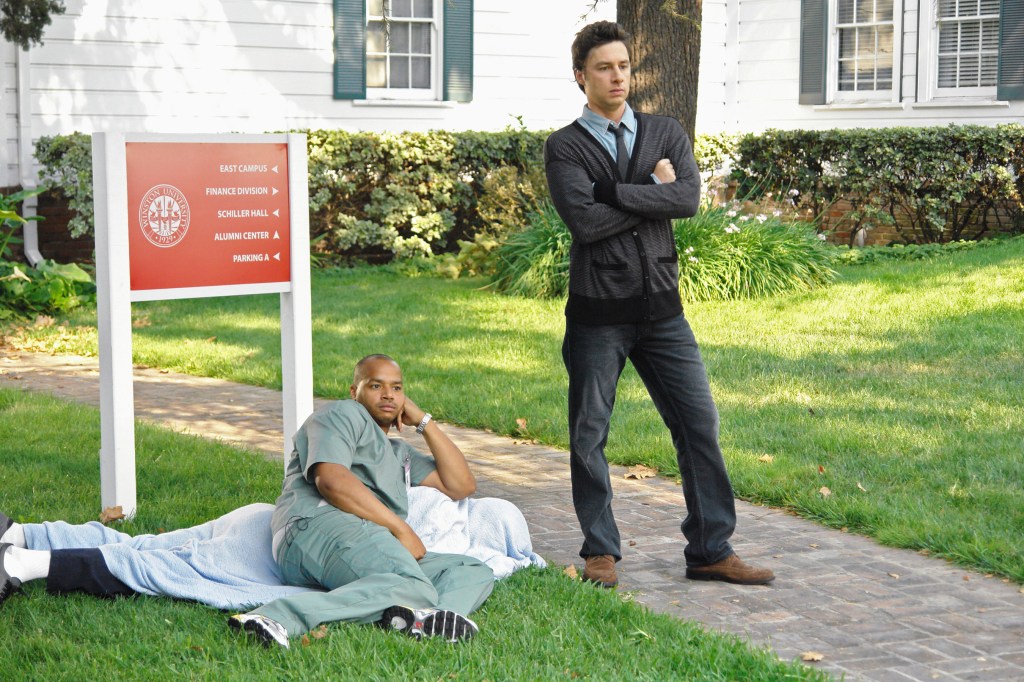 One of the longest lines for a panel at ATX TV Festival was for the Scrubs reunion on Sunday morning, featuring creator Bill Lawrence and stars Zach Braff, Donald Faison, Sarah Chalke, John C. McGinley, Judy Reyes, and Neil Flynn.

“We’re all so grateful any of you still care, it gives us an excuse to hang out together,” Lawrence said. “We are happy to spend time with each other in any way.”

Which begs the question: Could there be a reboot?

“Here’s the deal: I think we all want a reboot and want to work together again but it couldn’t be a full season. Maybe like a movie or something we could shoot in a few months,” Faison said. “With everything Bill is doing now, he’s never going to be free again. If he finds the time, we’ll do it.”

Added Ted Lasso co-creator, Lawrence, “We’re gonna do it because people still care about it and we enjoy spending time with each other.”

A member of the audience asked what the characters would be doing today, and Reyes jumped to reply.

“I think Turk and JD finally come out,” Reyes said as the room erupted in celebration.

The cast also addressed whether or not there’s a possibility for a musical.

“I don’t know if there will be a Scrubs musical unless this cast all say they want to do that,” Lawrence said. “Do you really want to hear Sarah sing? No, you don’t.”

There is so much love shared between the cast as they shared memories from their time on the series. Memories like when Reyes, who portrayed Carla Espinosa for 8 seasons, recalls asking the writers for a change of pace for her characters.

“Why don’t I get any jokes? I just want to be funny,” she recalled telling the show’s writers. Lawrence responded, “Judy was the emotional backbone and the dramatic spine of the show. From the beginning, she made the whole thing real.”

Judy said further, “One of the greatest things about Bill is that he picks things from real life. Bill and the writers give you what you need to be a great actor. He gave me this fantasy when I lose my shit that was one of my favorites.”