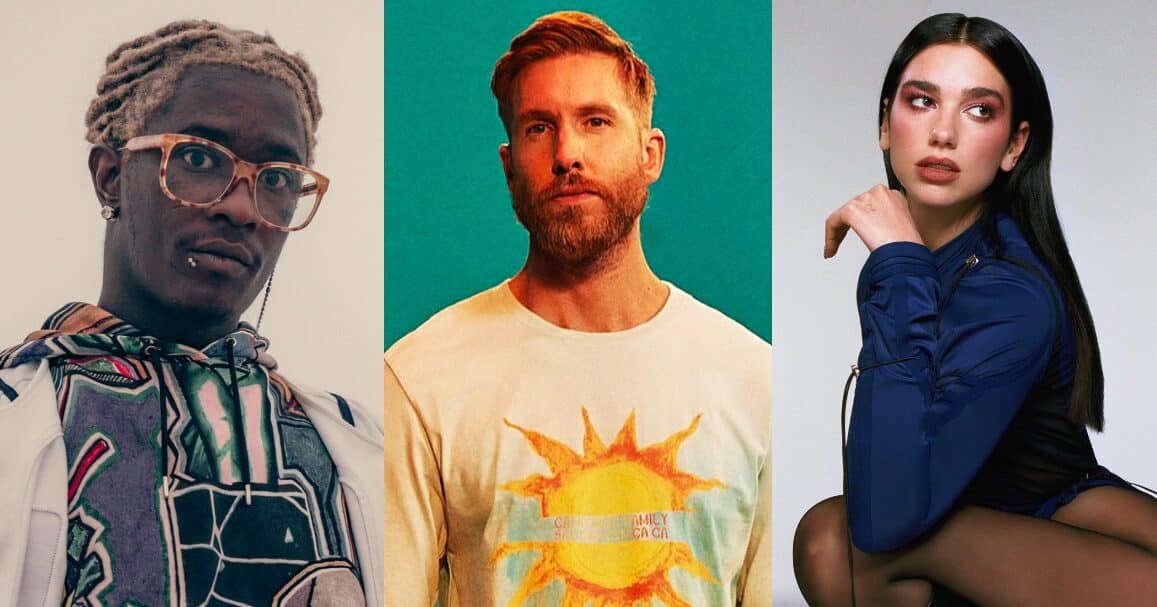 Calvin Harris has enlisted Young Thug and Dua Lipa for a new song called ‘Potion’. The track is set to appear on Harris’ upcoming album Funk Wav. Bounces Vol. 2. Check it out below.

Harris previously teamed up with Dua Lipa on ‘One Kiss’ and with Young Thug on ‘Heatstroke’. “When I want to work with someone it’s because I think they have a unique voice or something that sort of speaks to me and I think, oh, I could, I could do something with this or something really good could come out of it and she’s one of those people,” Harris told Lowe, continuing:

And it’s a mixture between that and just someone that I get on with, that I know I’m going to have like a nice time in the studio with.…I want to have a good time, I don’t want to have any stressful, awkward experiences with people and I want to work with people that give me joy and pleasure in the hope that I can give that back to them as well and we can just have a great time, you know? It’s sort of all based around that and yeah, the voice is spectacular and I’ve got a mic that I like to use on her and I’ve got a little setting that I like to use on her. And I think the vocal for One Kiss is the best for me that she’s ever sounded. So I wanted to just like, I wanted to just recreate that, but right for this record.

Of working with Young Thug, he added: “I mean, there was only one person I wanted on this. And we chased him for a while. It’s the voice… but it’s the delivery as well and how does he think of these things and these flows and the way that he kind of weaves around the beat in a way that I could never, ever even imagine. And you know when you’re writing a song or you’re coming up with a hook or whatever, that’s one thing and you can imagine someone singing that. But sending him a beat or being in the studio with him when he’s recording and hearing the process and where he ends up at is just like, how? Like the brain is somewhere else, like his mind is that of a genius. It’s amazing to witness it and I’m so, so grateful to be able to work with him.”