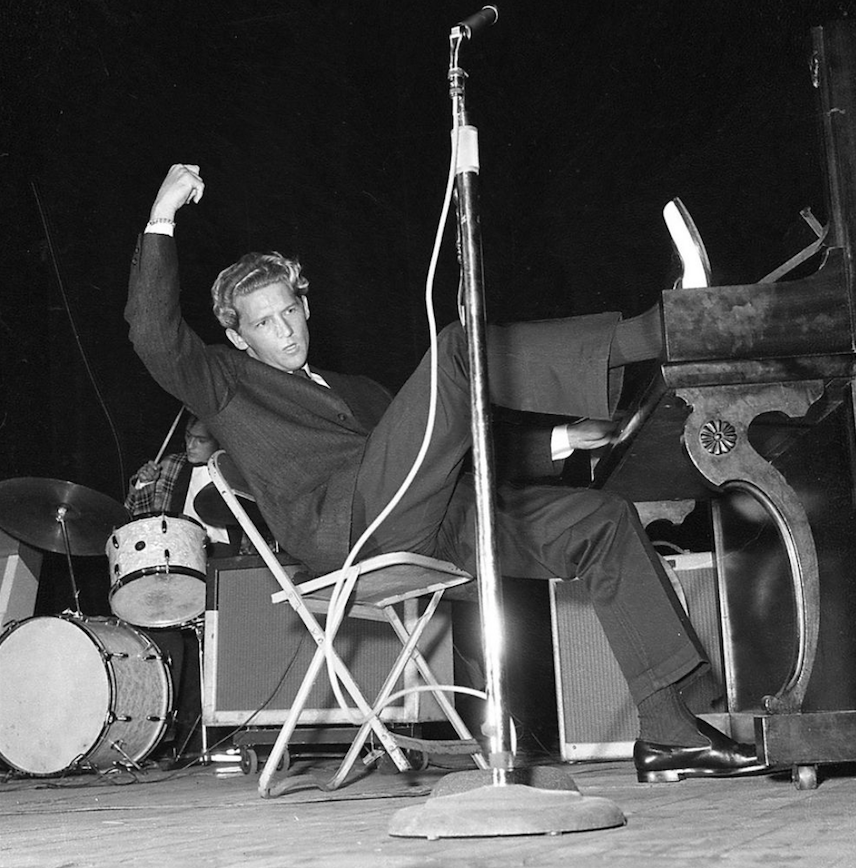 For his directing debut after brother Joel’s first solo outing with The Tragedy of Macbeth, Ethan Coen has chosen a similar saga of ruthless ambition and soul-devouring guilt, telling the rise and fall — and rise again — of Jerry Lee Lewis, from farmer’s son to rock’n’roll idol.

Coen’s Special Screenings Cannes Film Festival entry Jerry Lee Lewis: Trouble In Mind enters a very crowded music-doc field with an approach that may confound those expecting a linear narrative and the traditional talking-head format. What they’ll get is a largely first-person recollection, using snippets culled from many years of the singer’s TV interviews, interspersed with amazing live footage that highlights his incredible versatility, moving effortlessly between rock’n’roll, rockabilly, blues, blues-soul, country-rock and country-blues; acing subgenre after subgenre.

A better title for the film comes from a conversation Lewis had back in the early days with Sun Records maestro Sam Phillips, during gaps in recording any number of his one-take 1950s hits, from “Whole Lotta Shakin’ Going On” to “Great Balls of Fire.” Tortured by his love of rock’n’roll, Lewis — who styles himself as “Christian-minded” rather than Christian like his cousin Jimmy Swaggart — voices his concerns about the ungodly feelings his musical talent unleashes in him, asking, “How can the devil save souls?” It’s a question that haunted his peers, notably Johnny Cash (fleetingly glimpsed) and Little Richard, but Lewis arguably went much further than either in his tempestuous private life. The opening of the film sets this up with eyebrow-raising archive video of Lewis playing “She Even Woke Me Up to Say Goodbye” on The Ed Sullivan Show, undercutting the bleeding-heart sentiment of the song with a demonic, sarcastic performance.

In any discussion of Jerry Lee, the elephant in the room is his marriage in 1958 to his 13-year-old cousin Myra Brown, which Coen and his editor (wife Tricia Cooke) throw in after a mere 15 minutes or so. Myra reappears in the film later as a grown woman, but in the first instance the documentary proceeds to recount not only how the scandal ruined Lewis’ career but how he won back public favor without ever seeming to show contrition.

The context of working-class American society plays a large part in this, as the filmmakers establish his enormous family network and the lesser-reported fact that, at 22, Lewis had already been married twice, first at the age of 16. Nevertheless, it’s hard not to be shocked by the casual laughter that greets Bob Hope’s comment on the matter when he quips, “Jerry Lee Lewis just became a father — he adopted his wife.”

Given the controversy that dogged Lewis all his life, not least the unfortunate mortality rate amongst his many wives, Trouble In Mind does go surprisingly easy on him, and the tabloid material excluded here would easily make up a doc of similar length, if not longer.

Nevertheless, dark moments do erupt at intervals, and in one fantastically Coens-esque juxtaposition, the film cuts from Lewis’ bizarre 1970s reinvention as an Andy Williams-style family entertainer (the array of outfits on show here are rivaled only by Stanley Nelson Jr.’s Miles Davis: Birth Of The Cool) to a clip of a chat show host reminding the now much older Myra Brown of the time her ex-husband shot his bass player. “But he went back to him, didn’t he?” adds the host. “He did not,” corrects Brown.

Though it explains Lewis’ place in the firmament of rock’n’roll as it was originally configured back in the day, Coen’s film doesn’t ever expand on that; Elvis Presley is literally a background presence seen in a blown-up shot of the so-called “Million-Dollar Quartet,” the outfit formed in Sun Studios comprising Lewis and Presley with Carl Perkins and Johnny Cash. Asked about Presley’s success, Lewis sneers that Elvis only made it because he had a manager — Colonel Tom Parker — who treated him like “a monkey in a cage.”

Surprisingly, Lewis has kinder things to say about Chuck Berry, a perceived rival and subject of an anecdote not repeated here but seen in the watered down biopic Great Balls of Fire when Lee sets fire to his piano and yells, “Follow that…” In Trouble In Mind, he says, “Chuck Berry was the king of rock’n’roll. Quote: Jerry Lee Lewis.”

Coen’s film arrives at Cannes at a crucial time, and there are valid criticisms to be made about the decision to platform such a figure. But what’s priced into any discussion of Jerry Lee Lewis is that the truly dark side of his personality has always been a concern, and what Trouble In Mind does deceptively well is to remind us that, without these very real torments (Brown calls them “demons”), these incendiary performances might never have existed (an exhilarating call-and-response Little Richard medley with Tom Jones shows Lewis at his finest without resorting to his usual flamboyant, wild-man foot-on-the keyboard theatrics).

Throughout the film, Lewis’ face is a sardonic mask, heavy-lidded eyes and waxy skin, but it becomes shockingly frail in the film’s closing coda, a gospel session recorded in 2020. His rendition of “Amazing Grace” may not be enough to satisfy his faithful fans, let alone save his mortal soul, but it is a poignant place to bid farewell to a man who, perhaps unaware of the term “projection,” calls everybody “Killer.”