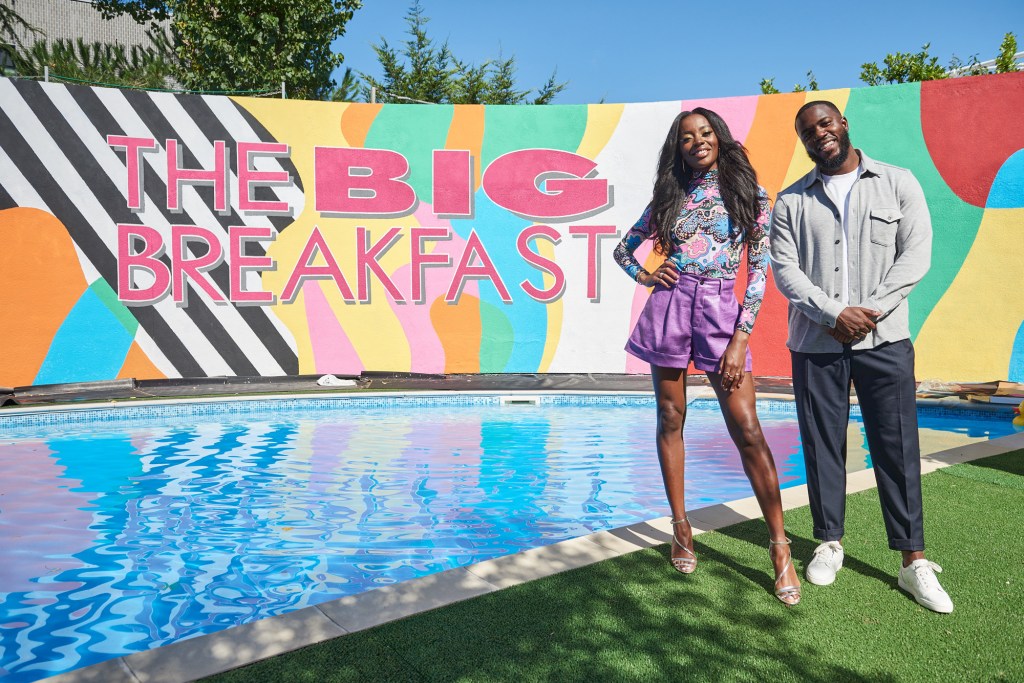 Channel 4 cult hit The Big Breakfast is to return this summer helmed by Mo Gilligan and AJ Odudu.

The show originally aired as an anarchic alternative morning offering on Channel 4 from 1992 to 2002, presented by the likes of Chris Evans and Gaby Roslin.

It was resurrected as a one-off special for Channel 4’s Black to Front day of Black programing last September and has now been given a four-part order that will air in August.

Gilligan is a Channel 4 mainstay, hosting the likes of The Lateish Show and co-hosting The Big Narstie Show, while Odudu was  recently seen as a contestant on Strictly Come Dancing and is establishing herself as one of British TV’s most in-demand presenters.

ITV Studios’ Lifted Entertainment is producing the four parter, which will presumably be given a longer run if it performs.

Gilligan described the show as “history making” and Odudu said there is “nothing like it on our screens.”

Channel 4 Senior Commissioning Editor Vivenne Molokwu added: “”I genuinely believe that the Black To Front Project unearthed one  of the best presenting double acts that telly has seen in sometime in bringing Mo and AJ together for The Big Breakfast so it’s absolutely no surprise that we’re reuniting them for more early morning madness and making them a regular staple of our summer schedule.”