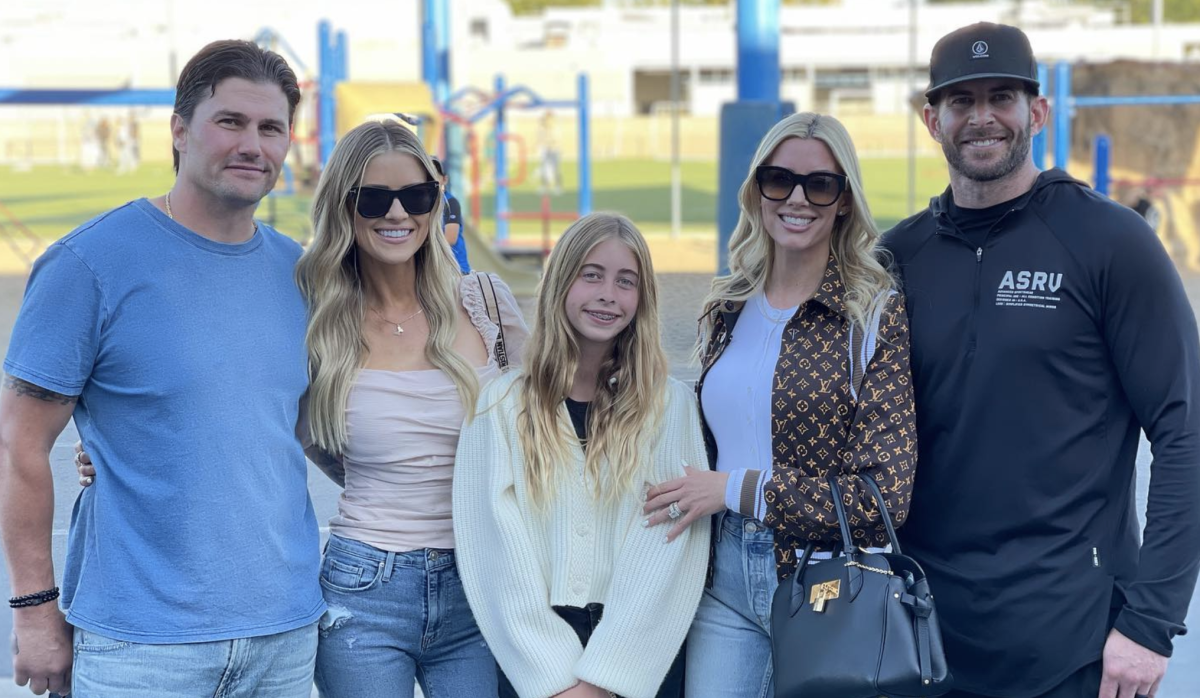 What a difference a week makes for Flip or Flop exes Christina Hall and Tarek El Moussa.

Just days after the former couple and their new spouses had a very public disagreement on the sidelines of a kids’ soccer game, they all posed looking so happy together on Thursday.

The meetup was at a school event for Christina and Tarek’s 11-year-old daughter, Taylor. They posed with the girl and their new spouses: Christina’s husband, Josh Hall, and Tarek’s wife, Selling Sunset‘s Heather Rae Young.

“Co-parenting 101,” the star of HGTV’s Christina on the Coast captioned her photo. “Kids come first. Taylor’s open house. Next, on to middle school she goes.”

She also shared that their son Brayden, who had emergency surgery on Sunday, “is recovering well and we are all grateful. It has been a very rough few weeks, ready for some peace.”

Tarek and Heather also posted the image. The Flipping 101 star wrote that after a “rough [and] exhausting week,” Brayden was “starting to feel a little bit better, so we made it out to Taylor’s open house tonight. I’m so proud of both of them.”

Heather addressed the drama with Christina, writing, “Sometimes to shut down the noise we show the truth. Co-parenting and doing what’s right.”

Last Saturday at Brayden’s soccer game, Christina and Heather exchanged words on the sidelines — and so did Josh and Tarek with a coach intervening.

“A personal matter was discussed and has since been resolved,” Christina later said in a statement. “We are focused on co-parenting as a team moving forward.”

But Sunday led to a major reprioritization for them all. Brayden was taken to the ER and needed an emergency appendectomy as well as a Meckel’s diverticulectomy to remove a small pouch from the lining of the small intestine. They all convened at the hospital to support the boy, putting aside the drama.

Christina calling it “a very rough few weeks” is an understatement. In addition to all that, her other ex-husband, Ant Anstead, accused her of being an unfit parent to their 2-year-old son Hudson in an emergency bid for full custody. Among his claims, Anstead said Christina’s omission on social media in July 2021 that she “smoked a Bufo toad,” a hallucinogenic, was evidence that she was unfit to care for their son. He also claimed she didn’t tell him that her family had COVID when making a custody exchange and his partner, Renée Zellweger, tested positive.

The judge denied Anstead’s emergency request, asking the exes to meet with a mediator on June 15. A court date has been set for June 28.