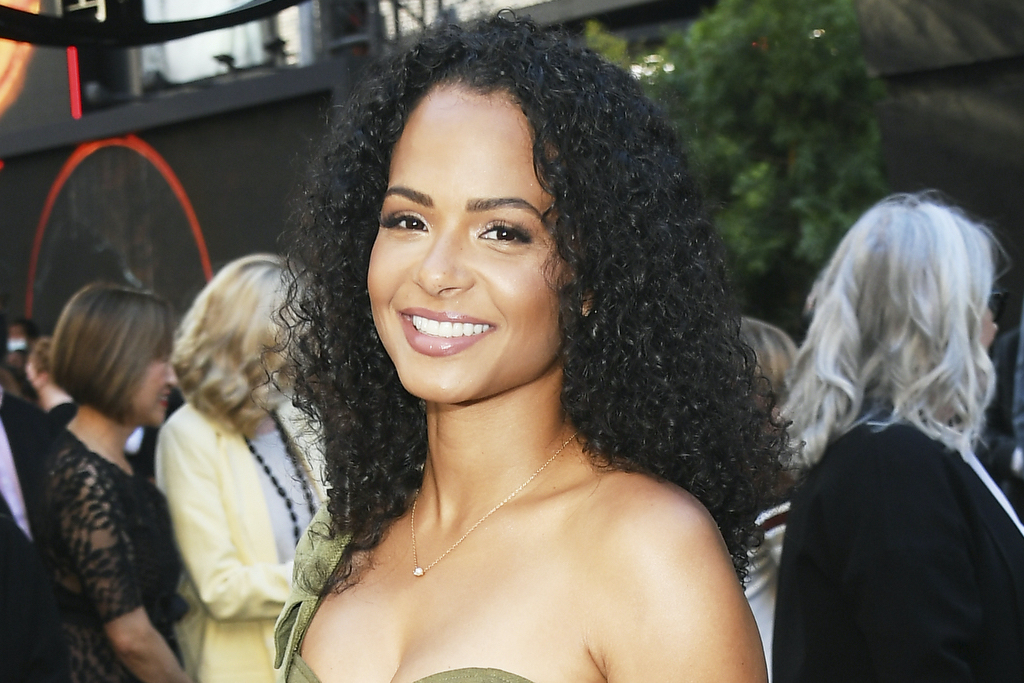 Christina Milian fluttered across the carpet in a Poison Ivy-inspired gown at the “Jurassic World: Dominion” premiere on Monday in Los Angeles. The khaki green worked well with her complexion, her glow astounding to the crowd. This look spoke to the event’s theme, embracing the jungle and forest-like aesthetic of the premiere.

The “Bring it On: Fight to the Finish” star wore an asymmetrical gown with immense draping. The dress started off as a darker green bustier with a lighter green linen fabric that adorned her shoulder. The fabric overlapped over her waist, synching to the side of her dress with a high slit that revealed her leg. A simple but attentive dress that represented the theme beautifully.

For her accessories, she continued the simplicity with a gold wrist-cuff and a thin gold necklace with a heart pendant. The enchanted and pristine earthiness that presented Milian with etherealness and out of this world grace. She kept her natural curls down to her shoulder, contrasting the gown and accessories.

As Milian presented her heels, she showed off a glorious gladiator silhouette. The strappy sandal brought an edge to the very soft and elegant gown, giving a fierceness to the overall ensemble. The straps cross her foot, doubling around her ankle for a warrior style. Strappy stilettos are the perfect choice of footwear to make any outfit stand out. Whether it’s jeans or a gown like Milian’s; it wraps up the outfit with intention.

Her husband Matt Pokora posed next to Milian, with a printed button-up, linen drawstring pants, and lace