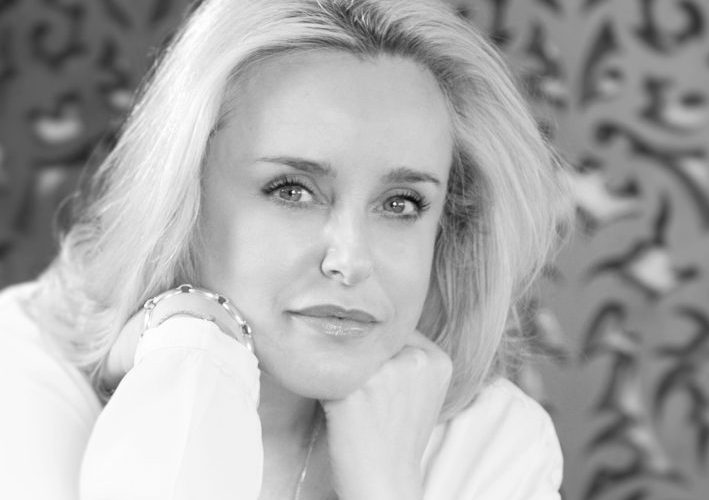 Welcome to International Disruptors, a feature where we shine a spotlight on key executives and companies outside of the U.S. shaking up the offshore marketplace. This week, ITV Studios International Production MD Lisa Perrin talks through some of the biggest topics of the moment. Lisa is responsible for a host of well-respected labels outside the U.S. and UK that are primed to take advantage of the current penchant for foreign-language drama. She joined two years ago and is finally able to get out and about after the pandemic curtailed travel.

The year so far has been the year of non-English-language drama and ITV Studios’ Lisa Perrin is perfectly poised to take advantage.

In the Managing Director of International Production post at UK broadcaster ITV’s production and sales arm, which she has occupied for the past two years, Perrin oversees global strategy along with the day-to-day production issues of a host of ITV Studios’ international labels. These include Gomorrah producer Cattleya, Moritz Polter’s Night in Paradise indie Windlight Pictures and Denmark’s Apple Tree Productions, which was behind Netflix comedy drama Baby Fever and was founded by the well-respect  Piv Bernth.

Former Endemol Shine Group Creative Networks CEO and UKTV commissioner Perrin couldn’t be doing this at a more interesting and zeitgeisty time and has observed with glee and excitement as a host of shows in other languages have dominated the landscape.

At the recent Series Mania and Mip TV events, non-English language drama was all the rave, and last week’s LA Screenings were dominated by these internationally-flavored shows, per Deadline’s recent in-depth analysis. “Who would have thought two years ago that the appetite for non-English language drama would have taken off like this,” she tells Deadline, when we meet at ITV Studios’ Soho House-like West London offices in late May.

“You talk to networks like [France’s] TF1 or [Germany’s] RTL and they say U.S. drama just isn’t working or resonating with the local viewer. Demand for non-English language is through the roof and it’s happening in the territories where we have labels.”

Perrin mainly puts this down to the COVID-19 pandemic, which she describes as a “turning point” when viewers stuck at home for months on end realized “if a show is good, it doesn’t matter what language it’s in,” especially to that all-important younger generation. Dubbing and subtitling has improved, she adds, and the streamers are realizing “beautifully-made shows” can be produced outside the U.S. for a sometimes quarter of the cost of a Hollywood blockbuster.

Furthermore, Perrin, a no-nonsense UK TV vet who brims with energy but doesn’t take herself too seriously, speaks passionately on the impact of Netflix’s Squid Game (“My 18-year-old son was obsessed”) and also points to developments in Australia, where a rush for talent has been created by around 20 local and global streamers vying to greenlight the best shows.

She is well into her stride with ITV Studios but the first two years were anything but easy.

She joined from then-Endemol Shine Group (now Banijay) in May 2020 during the middle of a near-total lockdown in pretty much every territory, with TV production almost entirely on pause. “For a long time, I felt very isolated,” she reveals. “I couldn’t travel and I couldn’t meet anyone. Two years into a new job and I’m only just meeting people for the first time.”

Since travel restrictions lifted, Perrin has been making up for lost time, embarking on trips to Italy, France and The Netherlands and placing her stamp on the company.

COVID may have stymied her first two years but she is in praise of certain pandemic-inspired innovations, describing the “great leveller” of the way in which labels that sit within production powerhouses like ITV Studios have been co-operating.

When production started up again after the first lockdown, the producers behind Cattleya’s Gomorrah, one of the first shows to get up and running, shared techniques with the other ITV Studios labels. The same happened when UK soap operas Emmerdale and Coronation Street got their cameras rolling again, bringing innovations such as Perspex screens to the fore.

“COVID went from east to west, hitting Italy first [in Europe], so the Italians developed this elaborate protocol to keep Gomorrah going, which they shared,” says Perrin. “The communication and sharing went up a notch and the playing field was levelled.”

Now, these labels share ideas more regularly than ever before. In fact, Perrin has recently returned from an internal “drama sharing” get-together — a day of panels, sessions and networking events bringing together ITV Studios’ labels. “Scripted formats are moving around in a way that they weren’t before,” she adds. “Seeing [It’s a Sin exec and Quay Street Studios founder] Nicola Shindler talking to the guys from ITV Studios Finland about a procedural crime drama shows how collaborative we have become.”

More scripted format sharing in this vein is likely, Perrin predicts, pointing to the success of various versions of the likes of The Bridge, which was executive produced by Apple Tree founder Piv Bernth back in the early 2010s when she worked at Danish public broadcaster DR.

Having spent three decades working on the creative side, Perrin’s current post is her most financially-focused and, while she was initially sad to lose the creative side (“I do miss it a bit,” she says), she has begun to enjoy trying to balance the talents of auteurs and producers with the need for profit. ITV Studios MD Julian Bellamy has set a five-year growth plan that includes 5% revenue growth per year and Perrin’s team is central to this, with a “massive profit and loss responsibility sitting on my shoulders.”

Describing herself as a “brilliant plate-spinner with an amazing team,” Perrin sets out in more detail the variation within her role that sees her putting out a proverbial fire on a production one day and looking in detail at ITV Studios’ over-arching multi-year strategy the next. On the creative side, she works closely with Mike Beale, ITV Studios’ Global Creative Network MD, who manages the talent pipeline, “curating and finding the hidden gems.”

Maintaining a top three or four position in the territories that ITV Studios is active in is also key, although not easy given the consolidation taking place at the moment. Perrin says the likes of her former employer Banijay, which recently swallowed up Endemol Shine and now has “an amazing catalogue they can pull out of their hat,” is putting up a fight in many territories.

She is keen to nurture the drama labels under her wing, speaking passionately of projects such as Cattleya’s Django for Sky Italy and Canal+ and Baby Fever, the Netflix romcom about a fertility doctor who drunkenly inseminates herself with her ex-boyfriend’s sperm, cue chaos. The self-confessed Scandi Noir fanatic is also pushing Black Water from Sweden’s SVT and Germany’s ARD Degeto, with the series already pre-selling to other Nordic broadcasters, and TV2 Denmark’s Mrs. America-like Chorus Girls.

The Voice producer-distributor ITV Studios has a rich non-scripted heritage and Perrin is also trying to clear a path for the world’s next killer format by seeking the best talent.

With that in mind, she beat multiple suitors to secure the services of former Shine France founder Thierry Lachkar as ITV Studios France CEO late last year and he is now busily nurturing The Voice France and exec producing upcoming Amazon dating format Cosmic Love, with that streamer keen to play in the dating space.

Perrin describes her attempts to secure Lachkar’s signature as a “long courtship that was very on and off” and heaps praise on him as “that rarest of breeds: a creative entrepreneur.”

Armoza and Lachkar meet the talent hallmark that Perrin wants to work with and she says ITV Studios’ “appetite has not diminished” for talent deals and M&A, having most recently acquired a controlling stake in Apple Tree and tied with Industry exec David P. Davis.

Perrin works side-by-side with Bellamy to find “great people and great companies to bring into the fold” but stresses that this takes time, and potential investments need to be the right cultural fit. “You put in a lot of money upfront when you buy a company and are then locked into a relationship for five years so if they’re not the right fit it can be really unpleasant,” she adds.

But there’s no doubt the talent pool of high-quality European writers, directors and producers has broadened and Perrin is well placed to lure great French, Swedish or Italian auteurs who are keen to segue from film to TV, or are finally being recognized after years of hard graft.

Much of the talk around these deals of late has centred on talent preferring to tie with the production powerhouses rather than streamers via “golden handcuffs” deals and Perrin can see the mood shifting. “People who have done those deals have come out the other side and don’t want to do them again,” she says. “They recognize you have more freedom when you’re with a studio and can pitch to whatever platform you want.”

It is difficult, she counters, for the likes of Phoebe Waller-Bridge to reject the $20M deal Amazon Prime Video dangled in front of the Fleabag creator in 2019. “I would never judge talent on the size of the cheque,” she says.

Perrin is talking about the very best in the business but our conversation is set to a backdrop of a global skills shortage that has beset production ecologies across the globe, from the UK to the U.S. to mainland Europe to Australia. More and more shows are struggling to fill crucial roles as the crisis deepens.

This, for Perrin, is the biggest issue facing program-makers today; a “perfect storm” that “every company should be thinking about.”

After months of COVID-induced delays, shows have rushed back into production at pace, A-list acting, directing and production talent is being snapped up by the streamers and there are often simply not enough people to staff up a large scripted or entertainment production. On more and more occasions, says Perrin, shows are being placed on hold due to a lack of available talent, while inflation is making profit margins thinner.

“There has been such an explosion of content and sometimes the people just aren’t there to make the shows,” she goes on to say. “How do we incentivize people to come and stay in the industry? These are massive questions that we’re thinking and talking about practically every day. It’s an issue for everyone.”

In the longer-term, Perrin hopes two factors will redress the balance: consolidation of broadcaster leading to less commissioning and the various training initiatives being enacted by the likes of ITV Studios bringing more skilled people through.

Neither are quick fixes and Perrin anticipates a “crazy” few years to come.

She is more than up to the challenge, however, and with the worst impacts of COVID tentatively consigned to the past, this no-nonsense exec is leading ITV Studios’ charge on one of the most interesting aspects of the changing TV landscape.