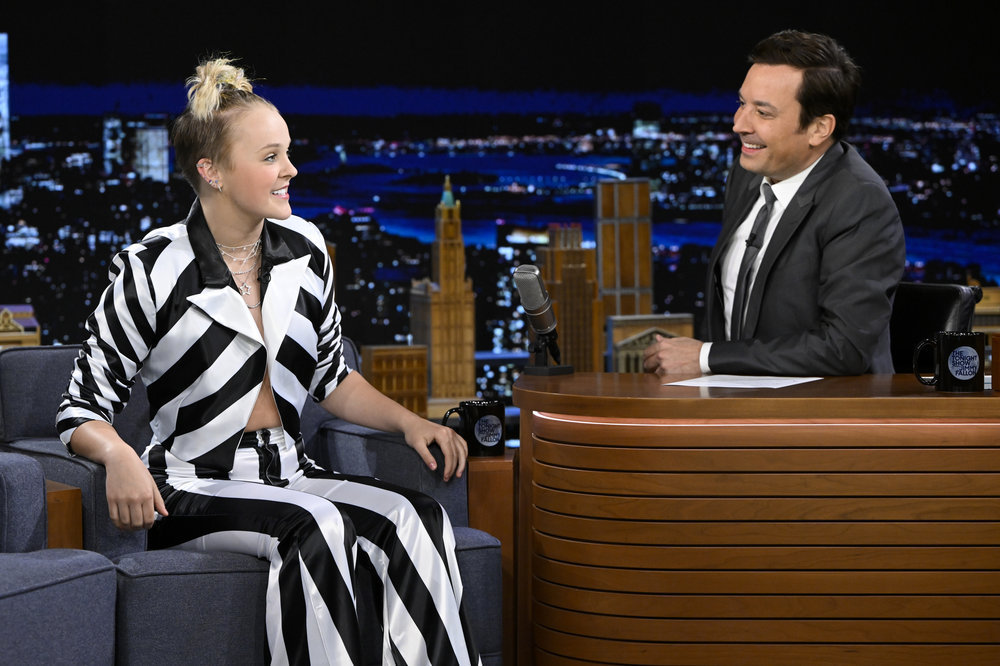 Jojo Siwa turned 19 on her appearance for “The Tonight Show Starring Jimmy Fallon,” which aired Thursday.

Siwa celebrated her “golden birthday,” which denotes her 19th year on the 19th of May. The two also discussed Siwa’s role as a judge on season 17 of “So You Think You Can Dance,” which premiered one day earlier on Fox. Fallon also presented her with a glittering, gold cake with the number “19” on top.

Siwa wore a black and white set, including a cropped blazer with bold striped detailing. The blazer top is angular with a daring cutout on the back, embellished with a big white bow.

Siwa slipped on high-waisted black and white striped pants with a bell bottom hem that elongated the star’s legs. The trousers have a slim fit, while the bell bottom hem adds some dimension.

The natural progression of the pants makes way for the shoes, letting them shine on their own. Siwa slipped on all-white utility boots for a more solid, sturdy element. The boot is unexpected, but not unwelcome, adding an edgy touch to a youthful look.

The dancer layered on funky silver necklaces, and wore her hair up in wispy pieces with tinsel mixed in for some extra shine.

Swia does a great job of mixing up her wardrobe. The star constantly switches, spanning menswear-inspired style to traditionally feminine looks; and she does so flawlessly.

Check out JoJo Siwa’s best style moments throughout the years.