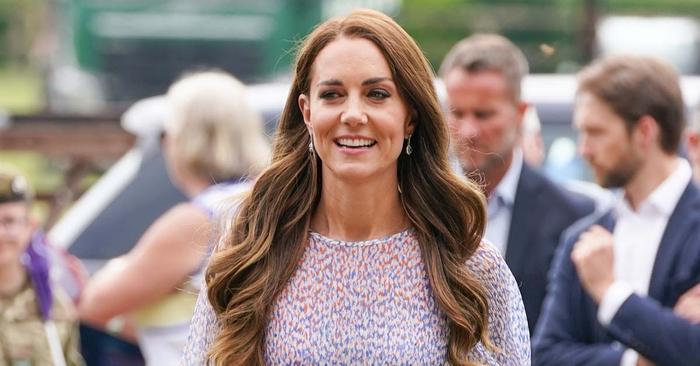 Ever since Kate Middleton officially became a member of the Royal Family in 2011—really, even before that—the Duchess of Cambridge’s style has had an undeniable influence on ours. She wears skinny jeans, we wear skinny jeans. She wears wedges, we wear wedges. It’s practically a fact: Whatever Middleton wears becomes a thing.

Given that my job is to know about trends before anyone else, I instantly perked up when I saw photo evidence of the future Queen wearing polka dots not once, not twice, but three times already this summer. After all, knowing what I know about Middleton’s influence, anything she wears on three occasions will undoubtedly become a top trend of the season before long. But it wasn’t until I noticed just how similar her polka-dot looks were to outfits worn by fashion’s other favorite royal Princess Diana that I called it: Polka dots are about to go viral.