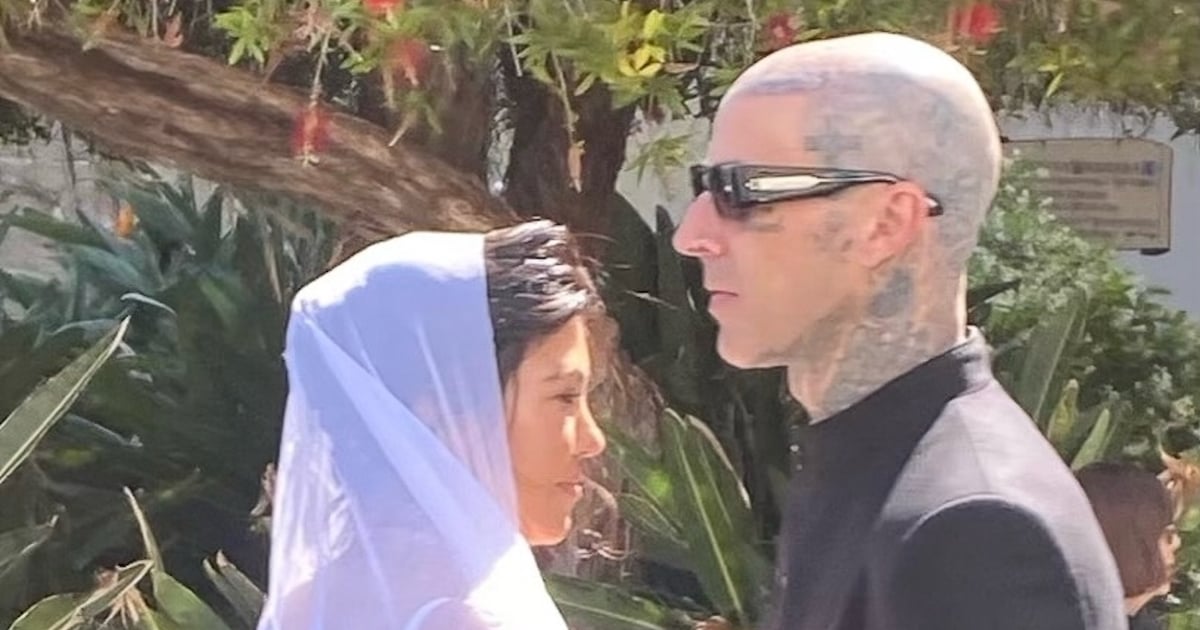 Weeks after a “practice run” in Las Vegas, Kourtney Kardashian and Travis Barker reportedly got married in Santa Barbara, CA, on Sunday. According to photos shared by People, the couple were spotted riding around in a luxury car wearing bride and groom looks before posing in front of a “Just Married” sign.

Kardashian stood next to her husband in a white mini tank dress with spaghetti straps and a sweetheart neckline. She also appeared to have a heart buckle belt under the bust. The reality star covered her hair with a white veil and added height with black pumps. Meanwhile, Barker looked dapper in an all-black suit finished with matching sunglasses.

On April 4, the couple shared photos of themselves getting married in matching leather jackets at the One Love Wedding Chapel in Las Vegas. However, as no marriage license was obtained, Kardashian declared it a practice run in an Instagram post. She wrote, “Once upon a time in a land far, far away (Las Vegas) at 2am, after an epic night and a little tequila, a queen and her handsome king ventured out to the only open chapel with an Elvis and got married (with no license). Practice makes perfect.”

This time, it seems that the duo were actually married during a ceremony held in front of close family and friends. According to People, the couple will be having an actual wedding ceremony in Italy, and we fully anticipate edgy-glam looks to match.