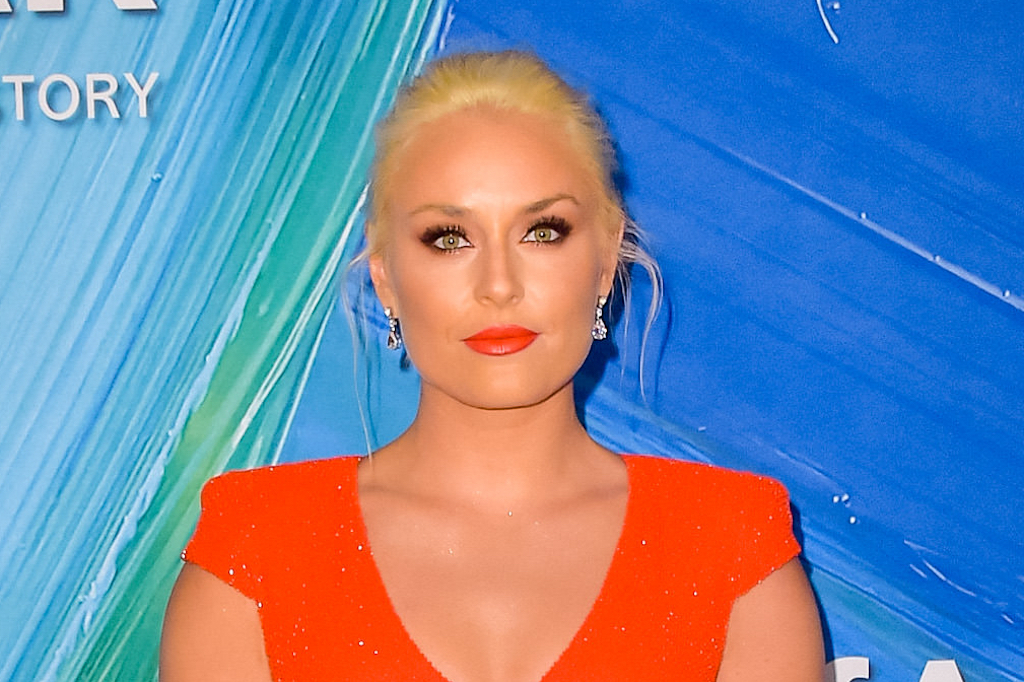 Lindsey Vonn shared a series of looks yesterday with fans on Instagram. In one of the photos seen in the carousel, she wears a Gucci skirt set. In the shade of brown with purple undertones, it has glints of sparkle all across the set, making the tweed fabric really stand out. There are the iconic green and red striped patches to represent Gucci’s household name all across the suit, stemming from under the collar, the waist pocket and the sleeves.

It has a modernized ’40s-inspired military aesthetic as well, with the overall design of the suit. It’s a cropped jacket with gold buttons, and underneath she wears a black matted top that works well with the darker shades. Vonn’s skirt is pleated, stopping at the middle of her thigh, which can remind you of a schoolgirl’s essence as well.

Vonn pairs this sophisticated suit with even more class, as she showed off her gold Rolex, a small necklace and red pointed-toe pumps.

The choice of choosing red for her heels aligns all of the colors, completing the palette in complementing hues of brown, green and red. Together, the shoe held its own moment because of its striking color against the darker colors of the suit. Vonn’s decision to wear this during her seven days of traveling showed her working-girl attitude.

Alpine ski racer Lindsey Vonn is best known for her time with the US Ski Team and her four World Cup championship titles. But Vonn has also dabbled in the style realm, most notably partnering with Under Armour on a line of outdoor performance gear. She also released a winter sportswear line with Head, the ski brand she was sponsored by during her career. Vonn also has her hand in high fashion, modeling designer Thom Browne’s fall 2021 collection in a fashion film that featured her skiing down the slopes in couture. Vonn retired from competitive skiing in 2019.