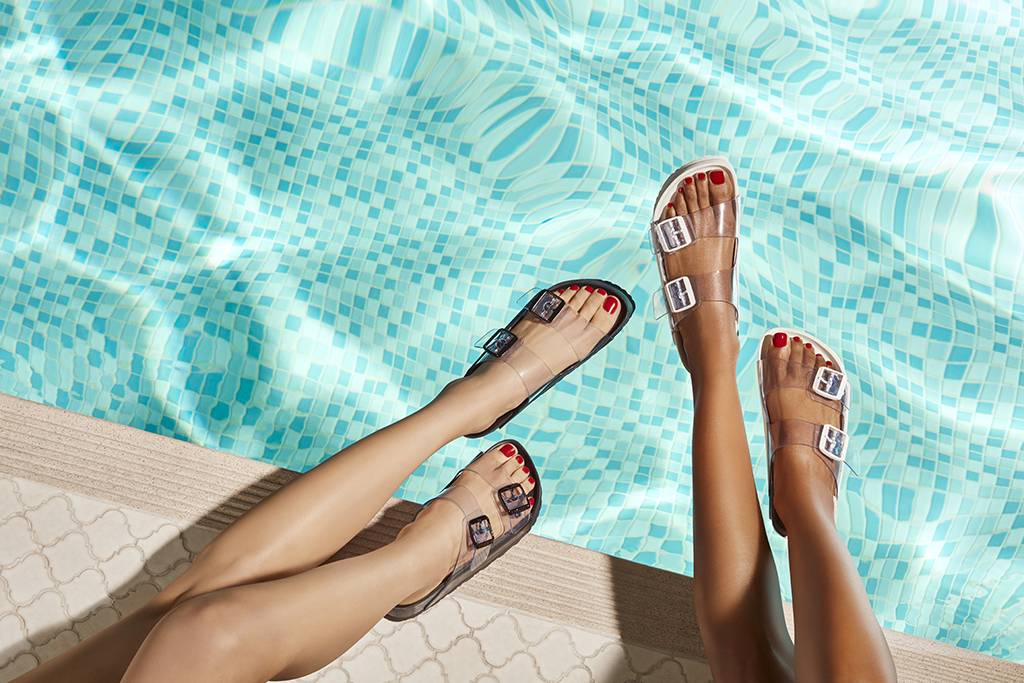 After Manolo Blahnik and Birkenstock’s first collaboration styles sold out in a matter of hours when they debuted in March, the brands are introducing four additional looks that will debut next month.

While the first drop was centered around the glamorous crystal buckle — which embellished velvet versions of Birkenstock’s classic Arizona and Boston shoes — the new styles are more playful and accessibly-priced, focusing on polka dots and PVC.

Blahnik is known for his use of polka dots on some of his most iconic designs, from the Campari to the BB Pump. Now the designer is teaming up with Birkenstock to introduce a completely new all-over polka-dotted style, the calf-hair Rodra sandal. Polka dots also adorn calf-hair Boston Birkenstock clogs. (The Rodra will retail for $510, while the Boston will be $540.)

The on-trend $470 PVC styles are a new spin on Birkenstock’s Arizona sandals. They come in both black and white, and take cues from classic Blahnik designs — he first started using the material in the 1970s. “I remember they weren’t very successful then,” he joked. “But PVC has been going strong.”

The new styles will be available June 23 at 1774.com, Manoloblahnik.com, all Blahnik boutiques and selected retailers.

The designer, who marked 50 years in 2020, said he was energized by the fervor around the first Manolo Blahnik x Birkenstock collection, which quickly sold out and amassed waiting lists. “There are so many people all over wearing them,” he said.

Blahnik himself has been wearing Birks for decades — they’re his go-to for gardening. “The sandals remind me of Roman times. All the Roman ladies wore flats with two bands,” he remembered.

The tie-up has also helped Blahnik ignite excitement around his classic heels.