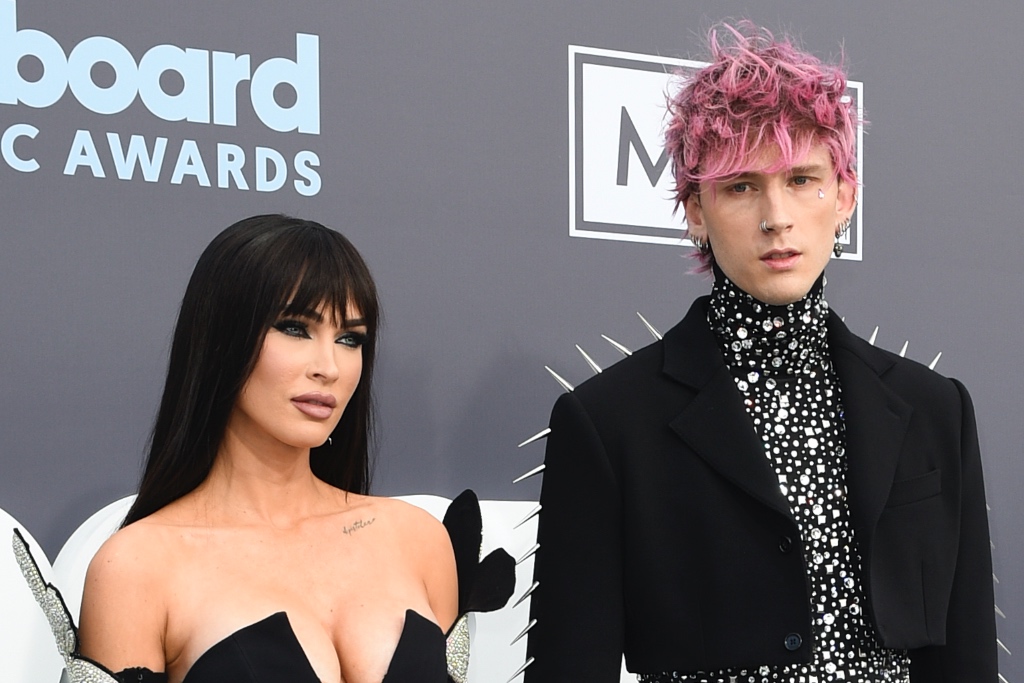 Leave it to Megan Fox and Machine Gun Kelly to give gothic punk style a glamorous twist — especially on the red carpet. The superstar couple arrived in coordinating ensembles specifically for the Billboard Music Awards in Las Vegas.

Fox blossomed on the carpet in a slick black David Koma gown styled by Maeve Reilly. The actress’ daring dress included a plunging pointed neckline and risque thigh-high slit, both accented with sheer nude panels for added coverage. The piece was paired long gloves that also made a daring statement, with their hems shaped like large flowers covered in sparkling crystals. For a finishing touch, Fox strapped into sky-high black platform sandals with clear PVC straps and heels totaling nearly six inches in height.

The Billboard Music Awards are back in Las Vegas, celebrating music’s biggest stars and Diddy is taking the stage as host.  The BBMAs will be held at the MGM Grand Garden Arena and will be broadcast at 8 p.m. ET on NBC, in addition to streaming live on Peacock.

Discover more star arrivals at the Billboard Music Awards 2022 in the gallery.