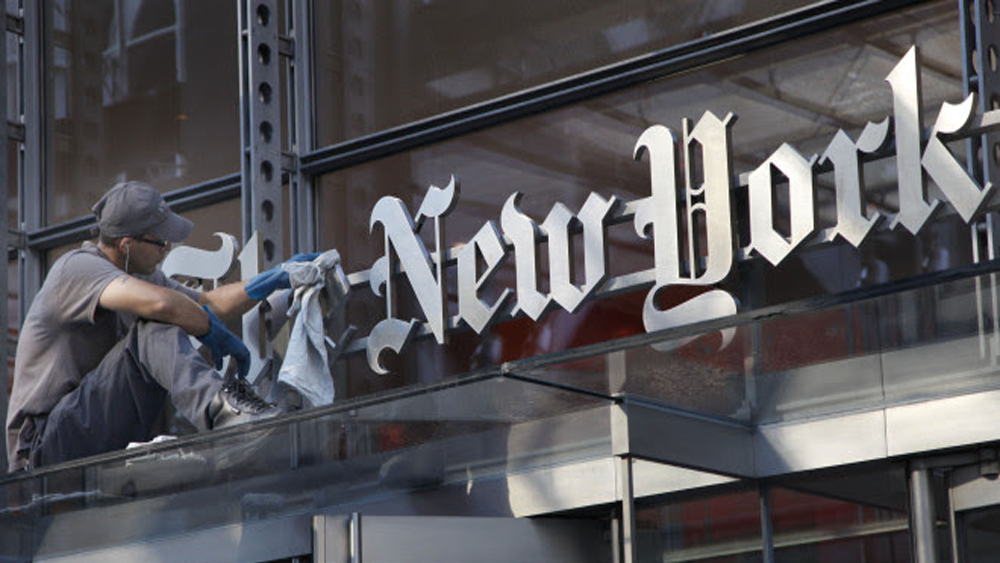 “Authorities said the gunman was able to obtain the weapon legally.”

The New York Times put that seemingly pedestrian sentence into high relief this weekend, elevating it to the status of cover line on the front of the outlet’s Sunday Review section. The sentence is set in white type on a stark black background, the kind the Times often uses for the weightiest topics — think The 1619 Project. To punctuate its importance — and also likely call out the irony of its truth — the line is repeated 15 times, each with an annotation revealing the specific mass shooting to which it applies. The list stretches back a decade.

Inside the Sunday Review are pieces on “the unbearable familiarity of Uvalde,” “the N.R.A.’s celebration in Texas” and “new approaches to gun control.”

The first of those pieces highlights the now familiar repetition of facts and poignant moments we recall with each such shooting in an attempt to process the event, a repetition the cover line plays on.

“The endless recalling of these bits of information and their proliferation throughout every channel of communication embed them even deeper into our consciousness. When we’re grasping for something to say, they are the things we touch,” reads the piece by Jay Caspian Kang.

The Onion took it a step further, blanketing its homepage last Wednesday with the same article it has posted in response to many other past mass shootings, skewering the idea that such atrocities cannot be stopped.

“‘No Way To Prevent This,’ Says the Only Nation Where This Regularly Happens,” reads the headline on the article, which this time was posted 21 times on the satirical site’s home page. Each story corresponds to a different mass shooting but with the same headline and quotes.

On Twitter, the Onion posted a thread linking all 21 stories.

‘No Way To Prevent This,’ Says Only Nation Where This Regularly Happens https://t.co/gAuvSrg2xH pic.twitter.com/tvgKm2TZ1q

And finally it took a British outlet to politely but firmly put the question being pondered all across the U.S. — “Why does this happen only in America?” — to one of Texas’ two sitting senators.

“Why only in America?”

US Senator Ted Cruz walks away from @Stone_SkyNews after being asked if “this is the moment to reform gun laws” https://t.co/d2oBaP4KvW#TedCruz #America #Texasshooting #gunlaws pic.twitter.com/gL4TYeg04t