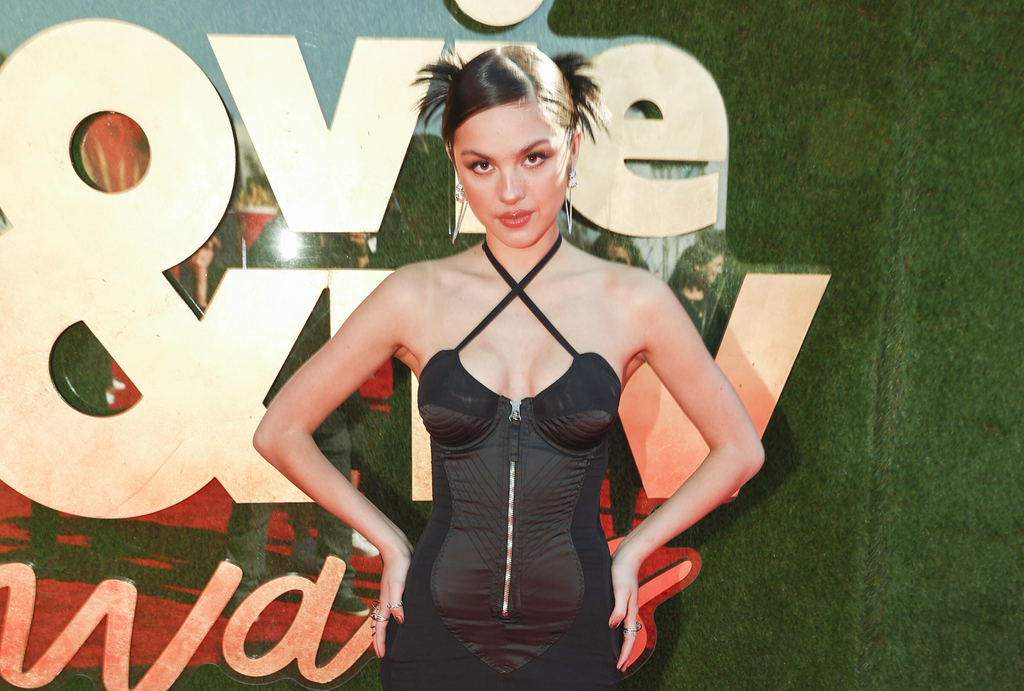 The pop star wore a black halter gown by Jean Paul Gaultier with a crisscross neckline. The dress seemed to be a play on BDSM themes coupled with the ever-popular trend of wearing lingerie casually. The bodice was made of mesh, the shape scooping to create a graphic top half. The dress was made of black opaque fabric that transitioned into black leather detailing on the lower half of the bodice and waist. The skirt is a tight maxi length that mimics the shape and style of a pencil skirt, widening at the hips, and tapering as it cascades down.

The MTV Movie & TV Awards on June 5 in Los Angeles honor the year’s best television and film in a fan-voted award ceremony. This year, “Spider-Man: No Way Home” leads the pack with seven nominations, while “Euphoria” is a close second with six nods. Two new categories were also added for the 2022 ceremony: Best Song and “Here for the Hookup.” Vanessa Hudgens hosts this year’s ceremony, which marks the 30th year of the awards show. As always, winners will go home with a coveted golden popcorn trophy. The main awards show is followed by the second annual MTV Movie & TV Awards: Unscripted, which was prerecorded on June 2 and honors the best of reality TV, talk shows, and documentaries.