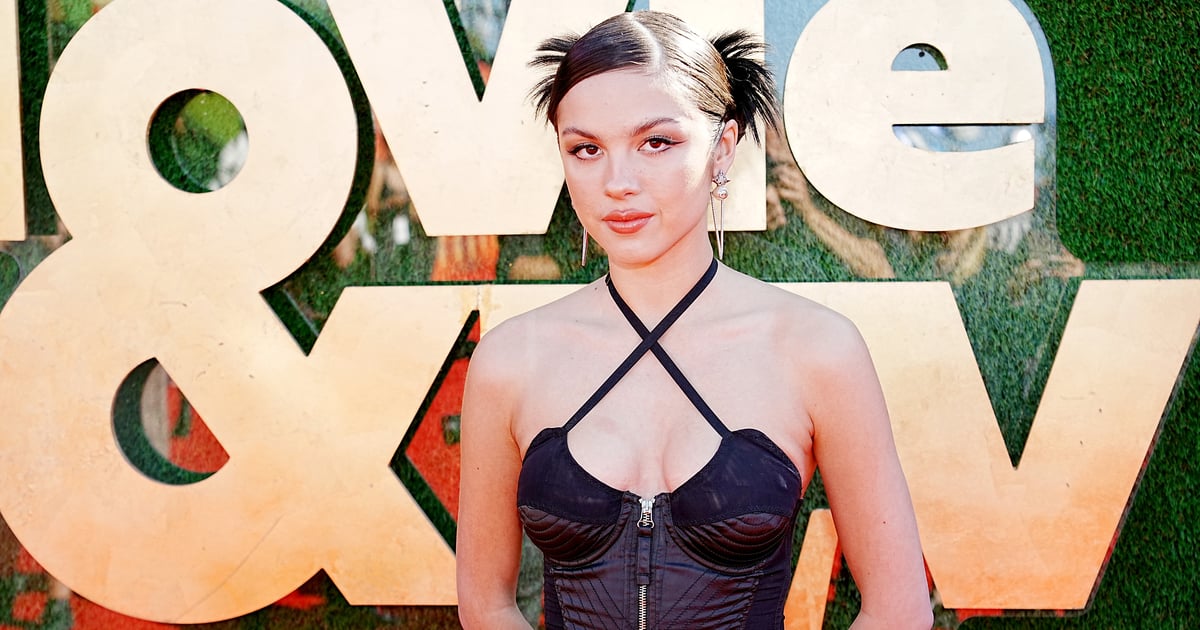 The MTV Movie & TV Awards red carpet is moving full speed ahead, and one of the most memorable looks of the night goes to none other than Olivia Rodrigo. Fresh off the 2022 Met Gala red carpet, where she stunned in a 2000s-inspired sequined gown with butterfly clips in her hair, the “Drivers License” singer made an appearance in a dress that felt retro and modern at the same time.

Rodrigo chose a vintage black corseted dress by Jean Paul Gaultier for the occasion. It featured a crisscross halter top, ribbed boning along the zippered bodice, and a long hemline that hit just above her ankles. While the throwback look commanded plenty of attention on the red carpet, the fitted silhouette did look a bit hard to walk in. Like the red carpet pro she is, she seemed to manage — thanks to a pair of sturdy black sandals on her feet.

She finished the look with dangling silver earrings and several silver rings on both hands. And her hairstyle kept the nostalgic fashion inspo coming with a slicked-back bun with hair sticking out on both sides.

During the show, the pop star took home the award for best music documentary for “Driving Home 2 U.” The nominees included such names as The Beatles, Janet Jackson, and Kanye West, making Rodrigo’s win even more special. “Thank you so much, MTV, for this award,” she said as she accepted the honor. “This album means so much to me. It was so fun to make a film to give it more context and meaning.”

Check out Rodrigo’s Jean Paul Gaultier corset dress from all angles ahead.