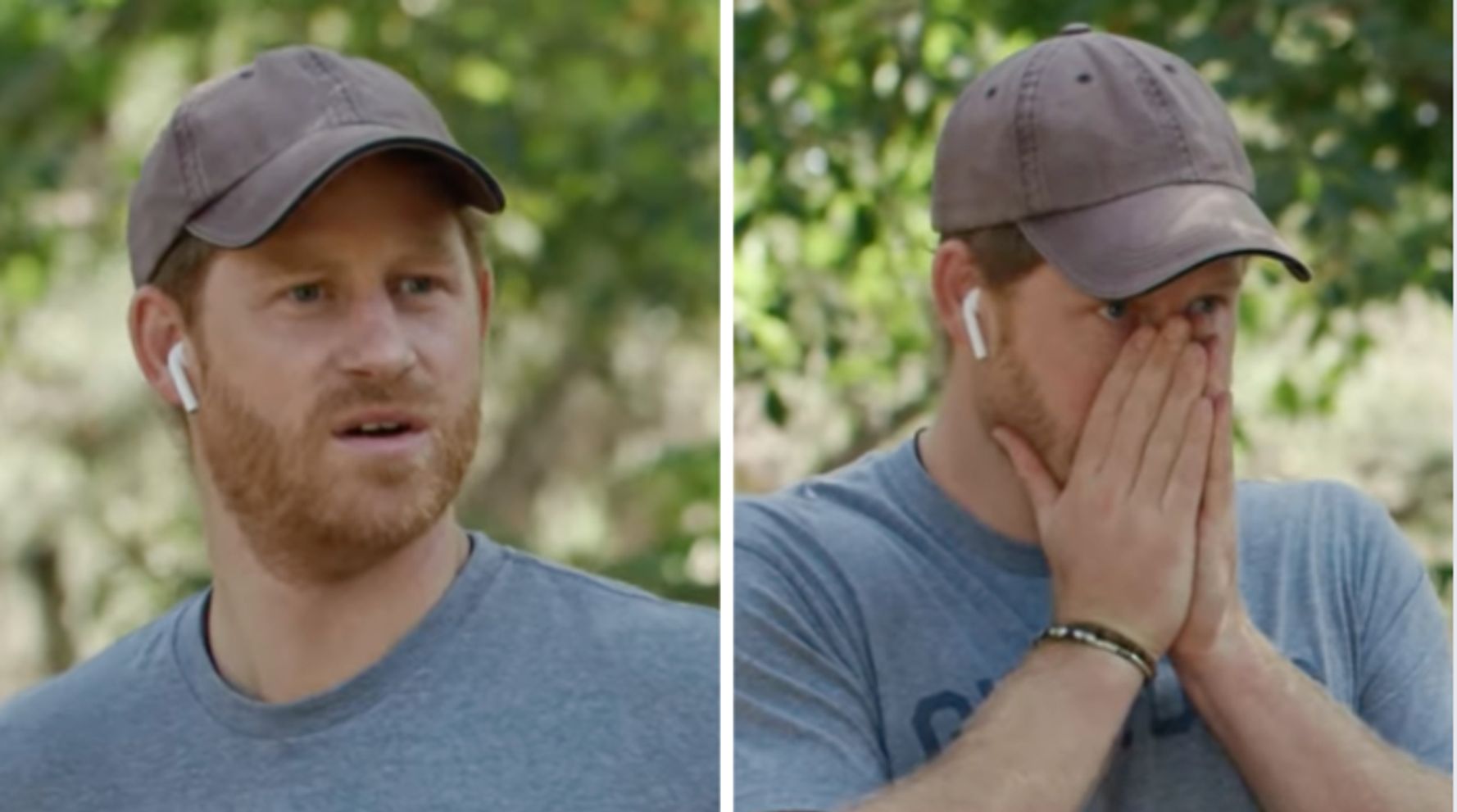 Prince Harry showed off his acting chops ― and his “Girl Dad” T-shirt ― in a new video campaign for his nonprofit travel organization Travalyst.

The nearly five-minute video promoting sustainable travel for New Zealanders lightheartedly offers the idea that holiday destinations rate travelers ― instead of the other way around.

In the YouTube video released on Monday, the Duke of Sussex stars alongside New Zealand actors Rhys Darby, Dave Fane and Rena Owen.

At the start of the clip, the royal is seen running through the woods before he’s stopped by a “ratings agent” from New Zealand. Harry is questioned about a lollipop wrapper he allegedly dropped in 2018, when he and Meghan Markle were visiting the country on a royal tour.

The agent goes over a pretty personal rating system for the duke, praising him for using only one towel during a hotel stay and for not running water while he brushes his teeth.

The revelations prompt a bewildered Harry to question the agent: “How do you know that? That’s really weird.”

Later, after a second agent arrives and they discover a mix-up ― they were supposed to stop Harry Styles instead of the prince ― the royal’s forearm is stamped with four stars.

In a statement shared with HuffPost, the duke talks about the “opportunity and a need to redefine the industry — for better, for good” as travel recovers amid the ongoing pandemic.

“We created the nonprofit Travalyst to rethink how travel can continue to expand our global understanding, to break down barriers, and to create cultural connections through experiences we otherwise wouldn’t have,” Harry says in the statement.

“We do this while, at the same time, ensuring local communities truly feel benefit from tourism and safeguarding essential ecosystems. In a world where we’re tasked with rating so many things, we’re now asking: what if your destination rated you?”

The Duke of Sussex exclusively premiered the campaign on the Māori Television show “Te Ao with Moana.”

Harry launched his initiative promoting sustainable travel in 2019, alongside partners Booking.com, Skyscanner, Trip.com Group, Tripadvisor and Visa. Google and Expedia recently joined the efforts, which aim to “empower travellers to make better choices for themselves and the planet.”

The duke will soon be traveling himself. A spokesperson recently confirmed to HuffPost that Harry and Meghan will return to the U.K. for Queen Elizabeth’s Platinum Jubilee celebrations in June. The couple will be joined by their two children, Archie and Lili.

Lili, who was born in June 2021, has yet to meet her great-grandmother in person.

The news of the Sussexes joining in the celebrations followed Buckingham Palace’s announcement that the couple would not be included at the annual Trooping the Colour balcony appearance.

“After careful consideration, the Queen has decided that this year’s traditional Trooping the Colour balcony appearance on Thursday 2nd of June will be limited to Her Majesty and those members of the Royal Family who are currently undertaking official public duties on behalf of the Queen,” the palace said in a statement shared with HuffPost on Friday.

The announcement means that Prince Andrew, who also is not a working royal, won’t join the royal family on the balcony, either. Andrew fell into disgrace from his association with the late pedophile Jeffrey Epstein.