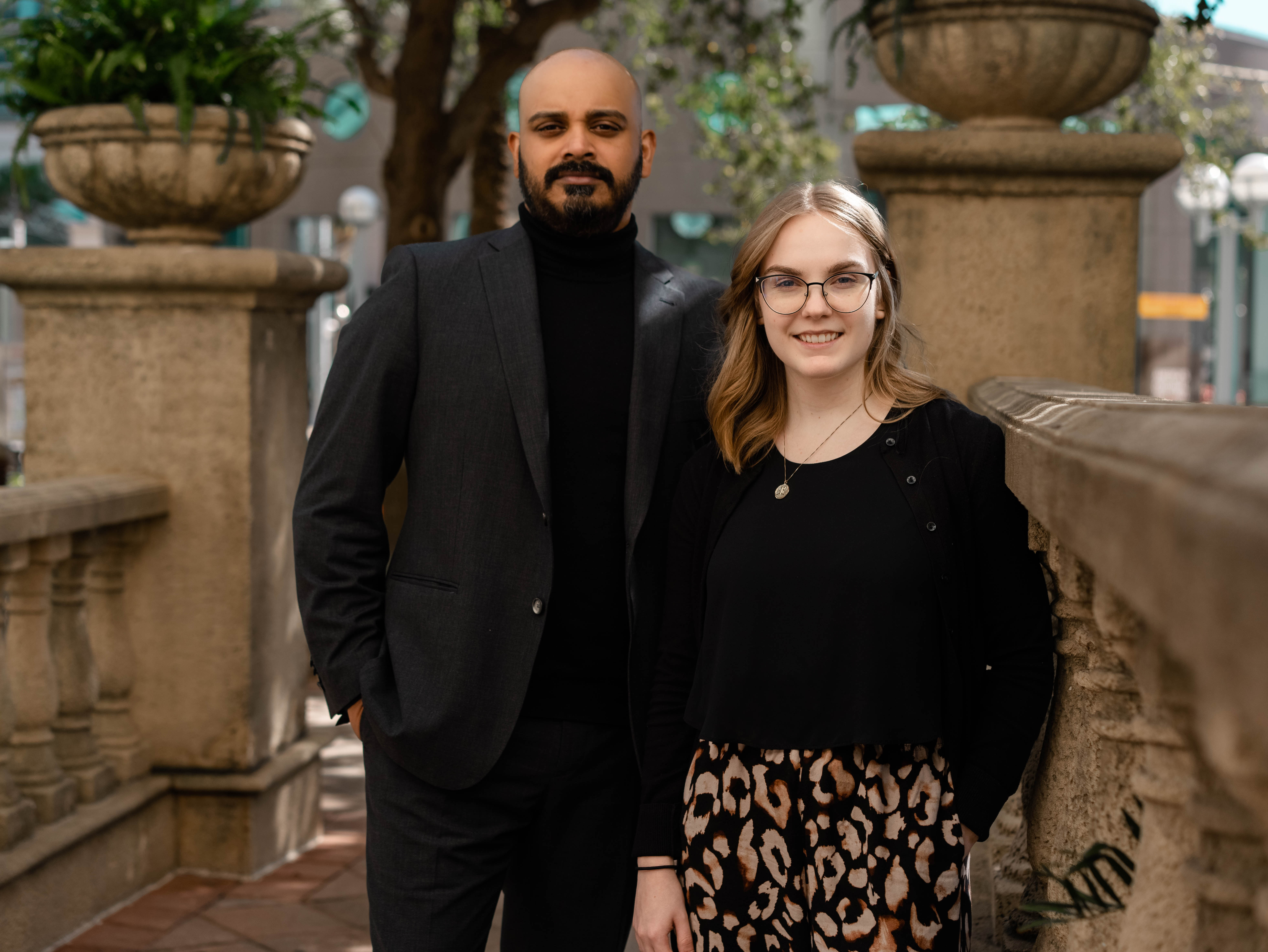 The Spontivly app was designed to help international students connect with others at college but companies forced to go remote by the pandemic have embraced it.

Canada is a welcoming country but international students attending university there have to navigate a lot of unfamiliar terrain. Anthony Nagendraraj and business partner Marissa Huggins launched Spontivly in October 2019 to help them, but the company has grown far beyond that original community.

Anthony, a tech enthusiast from childhood, worked for IBM, Microsoft and Alberta Innovates, among others. But eager to pursue his entrepreneurial instincts, he spent several weeks in 2019 interviewing 300 international students on campus at MacEwan University about their adjustment to campus life. All of them said they had difficulty integrating into the community. Based on those anecdotal first-hand accounts of life in a foreign country, Anthony developed the Spontivly app to connect students based on common interests.

Within three months of its release 6,000 students had signed on and Spontivly was one of the ten most downloaded apps in Canada. When the global pandemic forced companies to implement work from home strategies to comply with public health mandates, Anthony quickly realized Spontivly could be adapted for use in the corporate and nonprofit world.

“After countless interviews, I realized that the problem wasn’t on the consumer side,” Anthony explains. “Program Managers, Events Coordinators, and Community Managers were struggling to generate insights on their community, which impacted their ability to get funding to host these events.”

Seeing the opportunity and the growing trend of community,  Anthony brought this problem to community builders across many organizations, from non-profits to big brand communities like Salesloft and Discord. Without fail, every community builder he spoke with struggled with a lack of community insights

“I felt like every organization, no matter what size, should have access to community build software, resources, and tools.” says Anthony. “Many companies wanted to build communities among their staff who were now working remotely. So we not only improved on our product, but we developed a system that provided data and analytics as well. Think of Spontivly as the ‘Google Analytics for community.’”

Marissa Huggins, 24, born and raised in Winnipeg, Manitoba, joined Spontivly as a co-founder and Head of Community after she and Anthony completed one of Canada’s top accelerator programs. She is fluent in French and conversational in Spanish, and already an expert in online community engagement and data analytics. Following graduation from the Asper School of Business at University of Manitoba, with a Bachelor of Commerce in Marketing, she volunteered at several community agencies within the region, including the YMCA, Shinerama, and the United Way. She spent hours converting in-person events to a virtual platform in the wake of the COVID-19 pandemic. From there, she went to work at the accelerator where she would meet Anthong. In her role as a marketing coordinator she grew the founder community to more than 2,000 members in under five months.

“Anthony and I really connected over our shared passion for community building,” Marissa said. “We both feel very strongly that every organization, no matter what size, should have access to community building tools – yet no companies were offering this type of software.”

More than 100 companies are now using Spontivly, including AirBnb and SalesLoft, and there are currently about 800 companies on the waitlist. Spontivly also has a strategic partnership with the social media managing platform Hootsuite.

Spontivly is relocating from Edmonton Canada to Tampa Bay while opening another office in Atlanta. Anthony is in the process of closing on a $5 million seed funding round and is expected to grow his staff to 65 within the next three years as demand for Spontivly continues to grow.

“Our job is to help every organization gain access to the community insights they’ve been lacking,” Marissa said.

Peter Page is the Contributions Editor at Grit Daily. Formerly at Entrepreneur.com, he began his journalism career as a newspaper reporter long before print journalism had even heard of the internet, much less realized it would demolish the industry. The years he worked a police reporter are a big influence on his world view to this day. Page has some degree of expertise in environmental policy, the energy economy, ecosystem dynamics, the anthropology of urban gangs, the workings of civil and criminal courts, politics, the machinations of government, and the art of crystallizing thought in writing.