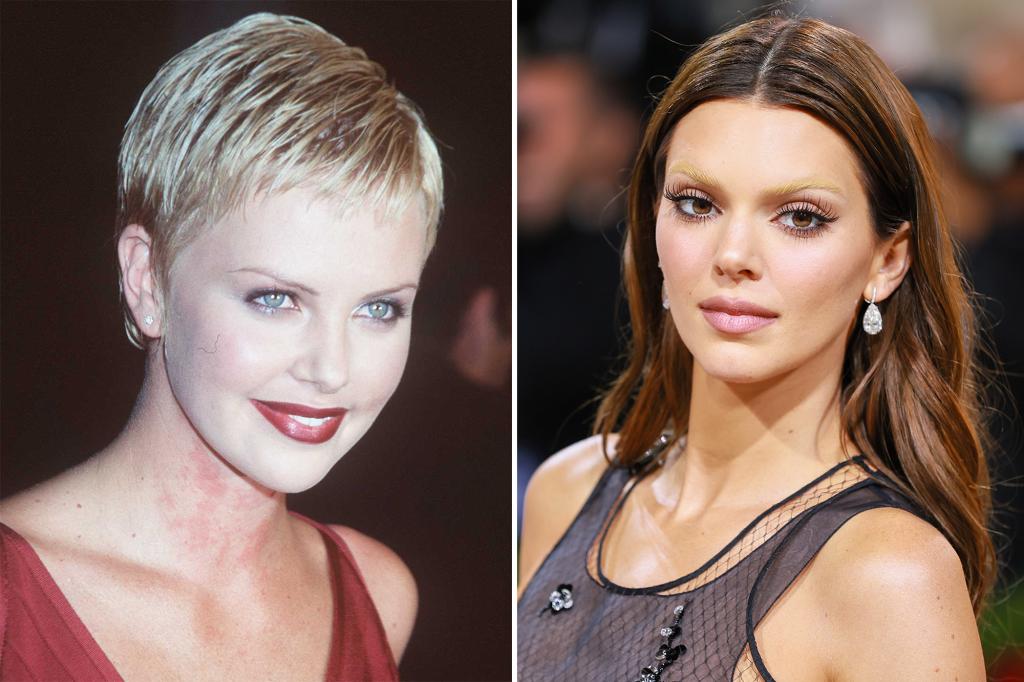 At the Met Gala, Kendall Jenner’s eyebrows were covered in golden camouflauge, giving the gilded illusion that perhaps she was embracing the most dubious trend of the ’90s and early aughts: the shrimp eyebrow.

The meager, overplucked squiggle of over-eye hair once ruled the beauty scene in Hollywood with stars like Charlize Theron, Drew Barrymore, Gwen Stefani and Pamela Anderson enthusiastically embracing it. And that sperm-brow aesthetic spread in epidemic proportions, filtering down to the masses in such in a way that a class action lawsuit against Tweezerman tweezers should have been filed before the turn of the 21st century.

We thought we had collectively left it behind but the barely there brow pops up now and again. Over the last few years, Bella Hadid has sported the thin version and in 2018 Rihanna appeared on the cover of British Vogue with the dramatic editorial look.

But one expert says to rest easy — and put down the tweezers. While numerous dubious ’90s trends — from bike shorts to chokers — have made a comeback, our eyebrows remain safe.

“This is one ’90s trend that we will not revisit,” Jasen Kaplan, a makeup artist who works with Kelly Osbourne, Tinsley Mortimer and Naomi Campbell told The Post. He said Jenner’s brows were slathered in Brow Engineer from Sensorium which is a heavily tinted pomade that was used to essentially blank them out.

Kaplan noted that we are still feeling the effects of our barely there beauty transgressions, decades later.

“The people from my age group [old millennials and Gen Xers] and people from NJ, we have that decimated brow to replace. You cannot recover from the over-tweeze. Back then they didn’t know the damage they were causing. My microblader is still booked out months from now,” Kaplan said.

But Kaplan, who claimed Tiktoker Charli D’Amelio has the most desirable brows at the moment, noted that there has been a shift in the aesthetic.

“The big bushy brow is back. Hair strands are back and we are getting away from the Instagram brow, where it looks like it was painted on with a stencil,” he said. For him, it’s good riddance. “That brow was the bane of my existence.”