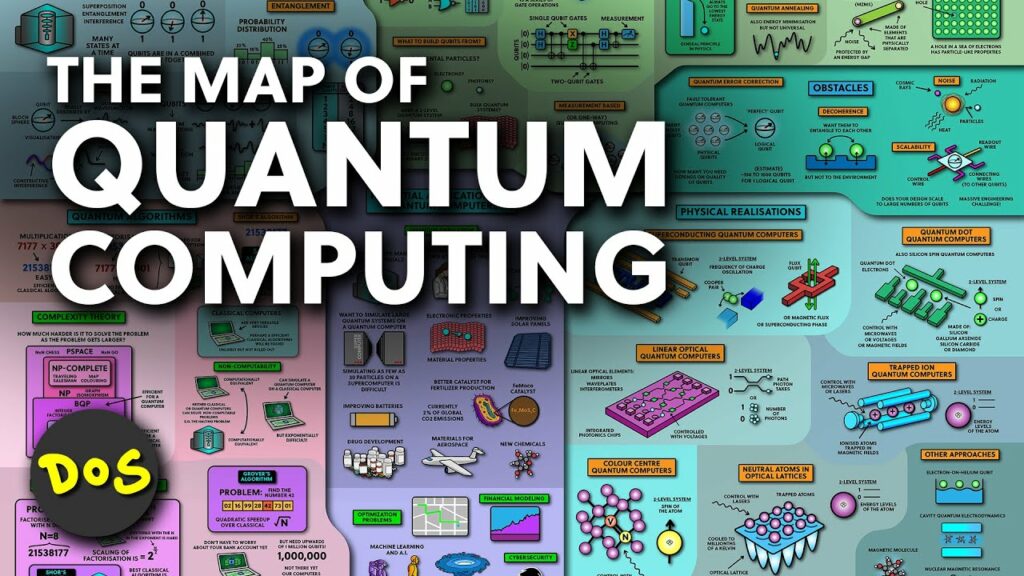 If you listen to the hype surrounding quantum computing, you might think the near future shown in Alex Garland’s sci-fi series Devs is upon us — that we have computers complex enough to recreate time and space and reconstruct the human mind. Far from it. At this still-early stage, quantum computers promise much more than they can deliver, but the technology is “poised,” writes IBM “to transform the way you work in research.” The company does have — as do most other other big makers of what are now called “classical computers” — a “roadmap” for implementing quantum computing and a lot of cool new technology (such as the quantum runtime environment Quiskit) built around the qubit, the quantum computer version of the classical bit.

The computer bit, as we know, is a binary entity: either 1 or 0 and nothing in-between. The qubit, on the other hand, mimics quantum phenomena by remaining in a state of superposition of all possible states between 1 and 0 until users interact with it, like a spinning coin that only lands on one face if it’s physically engaged. And like quantum particles, qubits can become entangled with each other. Thus, “Quantum computers work exceptionally well for modeling other quantum systems,” writes Microsoft, “because they use quantum phenomena in their computation.” The possibilities are thrilling, and a little unsettling, but no one’s modeling the universe, or even a part of it, just quite yet.

“Use cases are largely experimental and hypothetical at this early stage,” McKinsey Digital writes in a report for businesses, while also noting that usable quantum systems may be on the market as early as 2030. If the roadmaps serve, that’s just around the corner, especially given how quickly quantum computers have evolved in relation to their (exponentially slower) classical forebears. “From the first idea of a quantum computer in 1980 to today, there has been a huge growth in the quantum computing industry, especially in the last ten years,” says Dominic Walliman in the video above, “with dozens of companies and startups spending hundreds of millions of dollars in a race to build the world’s best quantum computers.”

Walliman offers not only a (non-hyped) map of the possible future, but also a map of quantum computing’s past. He promises to clear up misconceptions we might have about the “different kinds of quantum computing, how they work, and why so many people are investing in the quantum computing industry.” We’ve previously seen Walliman’s Domain of Science channel do the same for such huge fields of scientific study as physics, chemistry, math, and classical computer science. Here, he presents cutting-edge science on the cusp of realization, explaining three essential ideas — superposition, entanglement, and interference — that govern quantum computing. The primary difference between quantum and classical computing from the point of view of non-specialists is algorithmic speed: while classical computers could theoretically perform the same complex functions as their quantum cousins, they would take ages to do so, or would halt and fizzle out in the attempt.

Will quantum computers be able to simulate a universe down to the subatomic level in the future? McKinsey cautions, “experts are still debating the most foundational topics for the field.” Despite the industry’s rapid growth, “it’s not yet clear,” Walliman says, “which approach” among the many he surveys “will win out in the long run.” But if the roadmaps serve, we may not have to wait long to find out.

The Map of Physics: Animation Shows How All the Different Fields in Physics Fit Together

The Map of Chemistry: New Animation Summarizes the Entire Field of Chemistry in 12 Minutes

The Map of Mathematics: Animation Shows How All the Different Fields in Math Fit Together