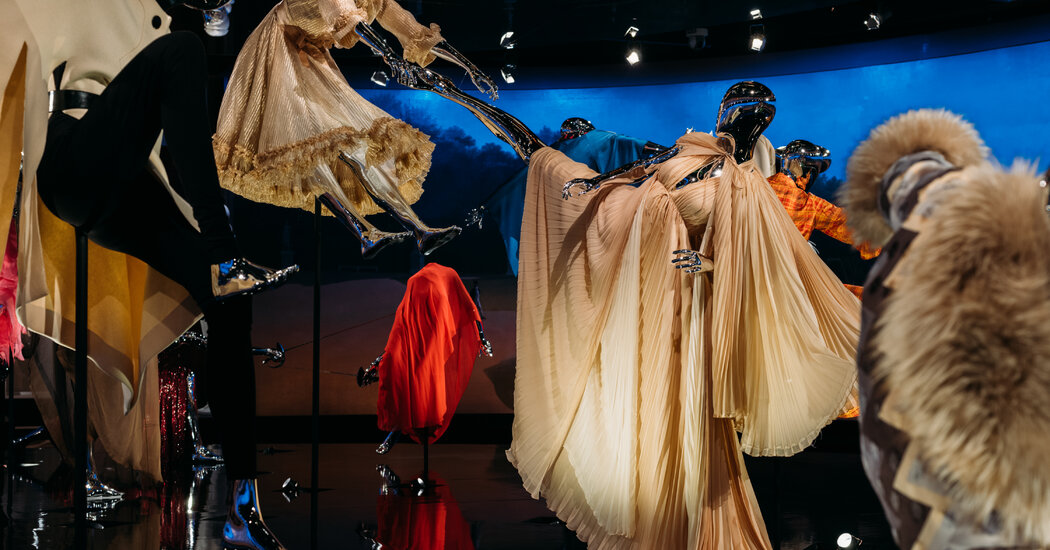 When “In America: A Lexicon of Fashion,” the Metropolitan Museum of Art’s Costume Institute show, opened last September as the world first adjusted to the idea of living with Covid-19, it signaled a fresh start by reframing the dialogue around homegrown design. Now its more sprawling, multilayered successor, “In America: An Anthology of Fashion,” takes the argument out of the basement and into the museum.

Literally. While Part 1 continues to be exhibited in the Anna Wintour Costume Center, Part 2, with over 100 historical garments, takes place in 13 of the Met’s American Period rooms, where nine celebrated film directors (four of whom are African American women) created an immersive environment in collaboration with curators of the Costume Institute and American Wing.

Together the two displays form the first serial costume show in the Institute’s history, one that challenges old stereotypes and narratives (and former Met curations) about what, exactly, “American fashion” means and who gets included in the credits. Vanessa Friedman, the chief fashion critic for The New York Times, and Salamishah Tillet, a contributing critic at large, teamed up to assess the experience.