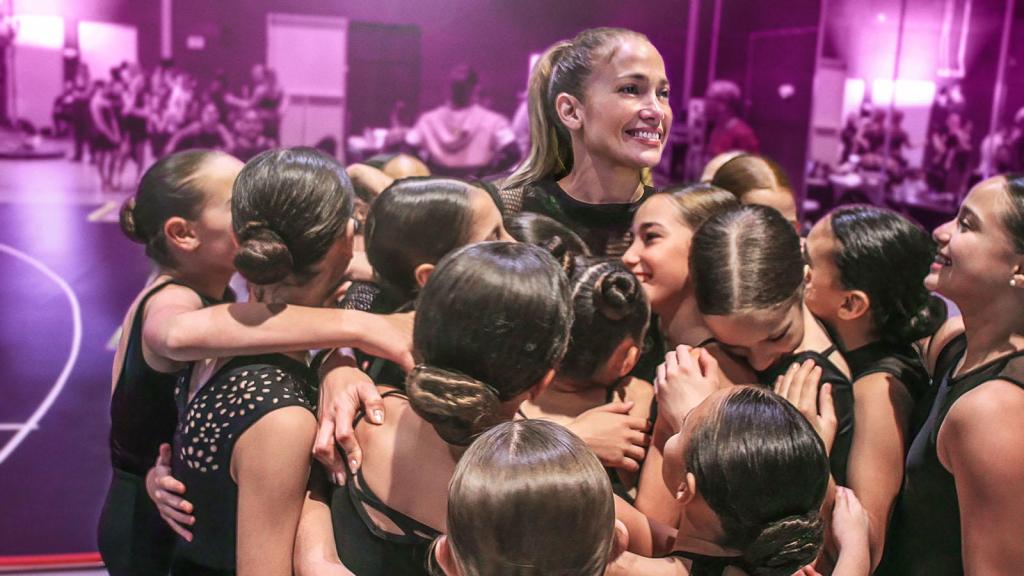 “Thank you so much for coming I didn’t plan to say anything. I was going to sneak out,” said Jennifer Lopez from somewhere near the stage but hard to spot at the end of Halftime, the Amanda Micheli documentary on the iconic pop star that opened the 21st Tribeca Festival Wednesday night.

United Palace, the massive Byzantine-style 1930s movie house that seats 3,000 was packed to bursting for Lopez, who grew up nearby in the Bronx and — we learn in the film — left home at 18 to become a dancer, her first passion. The streets outside in Washington Heights were also mobbed with fans of the star behind 80 million records and billions of streams. Her films, from star turns in Selena (1997) to Hustlers (2019), have grossed over $3 billion at the box office.

Organizers had promised an unspecified “special performance” post screening. It wasn’t J-Lo but a band of talented kid musicians, dancers and singers backed by flashing lights and multi-colored confetti. “You were great!” she told them, then she was gone.

Work with Latina children, especially young girls, was a consistent theme of Halftime, a Netflix film that uses Lopez’ spectacular show at Super Bowl LIV in Miami in Feb. of 2020 (with Shakira) as a turning point for a midcareer comeback that’s infused with a new commitment to social justice. She successfully argued with the NFL to keep in place a performance element that had youngsters emerging from Trump-immigration-era cages.

Tribeca co-founders Robert De Niro and Jane Rosenthal introduced Halftime, launching the 12-day festival. Last year’s edition, the 20th, was the first in-person fest in North America since Covid, premiering In The Heights at the same venue. De Niro thanked United Palace for keeping the “great movie experience alive” and not “turning into a ten-screen multiplex.”

“It’s good to be back,” added Rosenthal. She called the film a “window into the artistic process and challenges of being a good citizen” and a showcase of “the work, dedication and perseverance essential to create greatness.”

Elaine Goldsmith-Thomas, who produced the film along with Benny Medina, acknowledged that Lopez “was extremely trepidatious [about the project] and said to us more than 100 times that this might not see the light of day.” The press over the years has been known to denigrate the glamorous star’s talents and mercilessly pick apart her love life, something she handles with aplomb in the doc but takes a toll. An uphill battle to be recognized by Hollywood elites, including an Oscar nomination snub for Hustlers, is a parallel storyline.

The project started out following Lopez’ 2019 It’s My Party Tour and her 50th birthday. But “but there was another story to tell… a celebration of an extraordinary woman at halftime,” she said.

The producers brought in Micheli, who told the crowd that the hardest thing was to decide what went on the cutting room floor out of hundreds of hours footage. “The film will mean a lot  to millions of young girls, and millions of older girls like me.”

Halftime starts streaming on Netflix next Tuesday, June. 14. It kicks off Tribeca’s usual eclectic lineup of features and shorts, live music, TV, podcasts, games, and AR/VR events. The fest, heavy on music films and live performances this year, is showcasing 111 feature and 16 online premieres from 151 filmmakers across 40 countries.