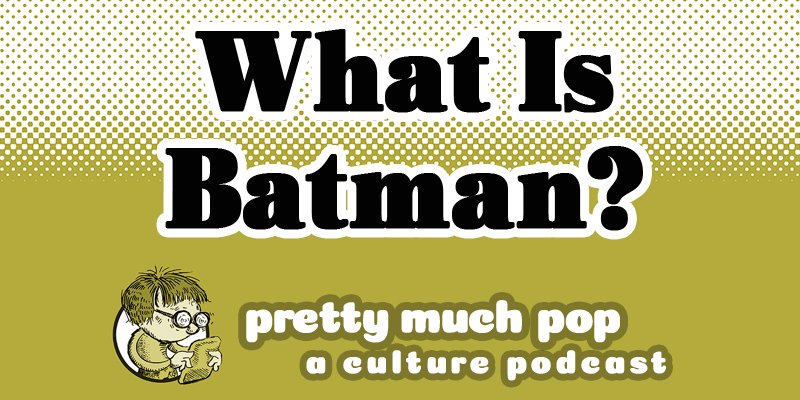 In light of the recent release of Matt Reeves’ film The Batman, we consider the strange alternation of darkness and camp that is Batman. Is he even a super hero? What’s with his rogues’ gallery? What’s with DC’s anti-world-building?

Your Pretty Much Pop host Mark Linsenmayer is joined by philosophy prof/NY Times entertainment writer Lawrence Ware, improv comedian/educator Anthony LeBlanc, and Marketing Over Coffee host John J. Wall, all of whom are deeply immersed in the comics, and we touch on other recent shows in the Batman universe.

Some relevant articles include:

Hear more Pretty Much Pop. Support the show at patreon.com/prettymuchpop or by choosing a paid subscription through Apple Podcasts. This podcast is part of the Partially Examined Life podcast network.