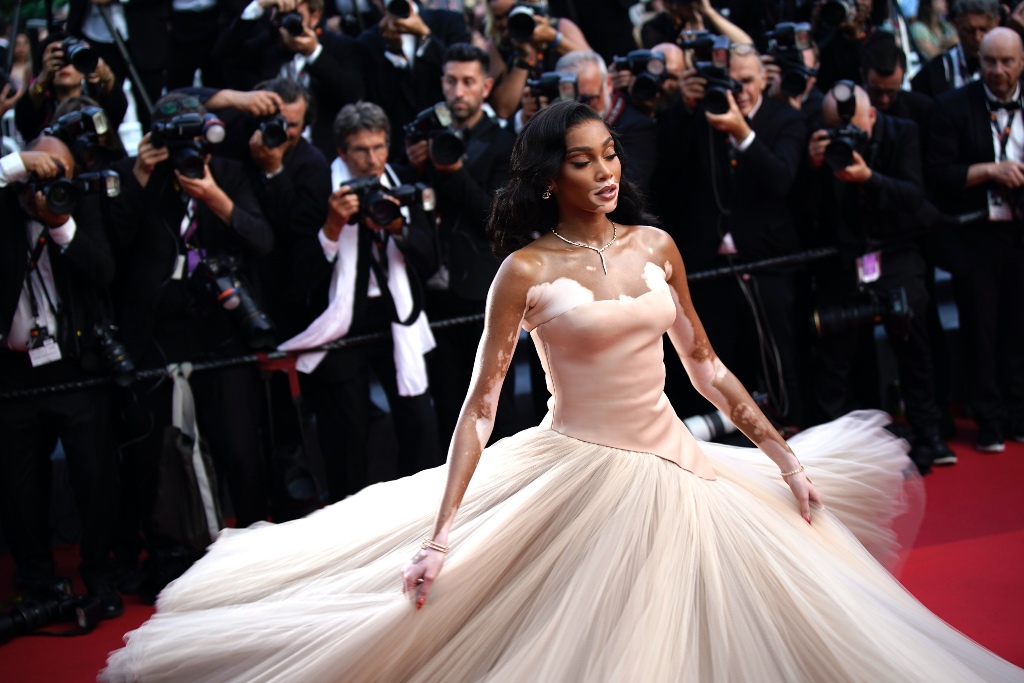 Harlow turned heads ahead of the premiere in a large, romantic ballgown. Her dress, a custom Off-White garment designed by the late Virgil Abloh, included a moulded lycra bustier as well as an oversized layered tulle skirt that covered her footwear. Harlow added a crystal necklace, rings, bracelets and small earrings to the formal look.